I know, I know...you've seen reviews of Lightload Towels before...  Like HERE and HERE and probably other places too.  I get it.  I know why you're rolling your eyes.  But don't go to another site yet, this post gets better...I think...


So the concept is simple.  Its a little disc that you can easily toss in your pocket, your fishing bag, a backpack, wherever...and like you'd hear on an infomercial, "just add water," and magically the little disc expands and is either a full sized hand towel (12"x12") or larger towel (12"x24"), depending on which flavor's in your PEZ dispenser.  If you have kids, you may have seen t-shirts or washcloths with cartoon characters on them sold in a similar, although not as small, fashion.


Anyway, last weekend I took one of the magic discs, tossed it in my tiny Vedavoo chest pack, and went fishing.  I really didn't need it for most of the day, until the cloud cover kinda burned off.  Okay, I'll just say it, it got pretty hot out of nowhere.  Solution, Lightload Towel.  Got it wet, rung it out, tucked one end under my cap, and had a built in air-conditioner.  Yeah, I looked like a dorky Iron Sheik, but it worked, so bite me. 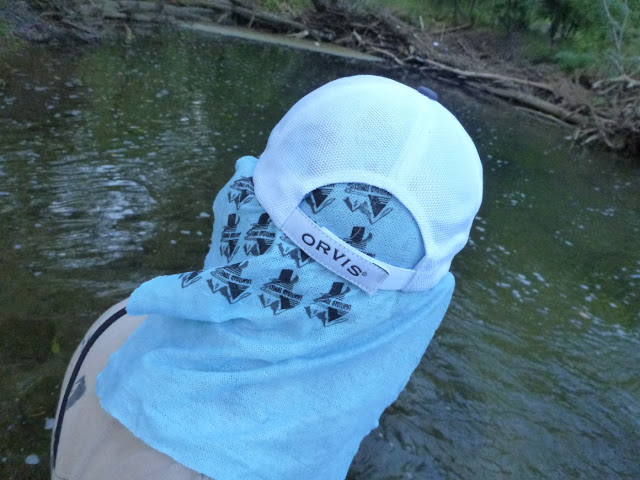 After fishing, I used it to wipe down my rod and wipe off my hands before driving home.  So there, I proved its utility.  It's a towel, so there's really not much to say once you get past the magical fact that it grows from ultra-compact to full sized without the use of purple pills.

As far as other uses, I'm sure I'll find some over time.  I might give some of the samples to my friend Dave, who is one of those go hiking and backpack and camp in the middle of nowhere types.  I'm sure he'll find more ways to use it than me.  The header card packaging actually makes several suggestions for alternative uses.  Things like washcloth, mask, fire starter, static electricity insulator (huh?), diaper, wind/winter scarf, and first aid supplement.  Wait...what...did they say fire starter?  Oh, yes they did.  Let's try that out now...

If there's no video above, it means the YouTube police got me!

Okay, so they're flammable.  As such, they label it "The Only Towel That Is A Survival Tool."  I'm not sure if Bear Grylls would need one to start a fire, but it does go up in flames.

So to close, what do I think about this product?  Well they're cheap ($2.75 for a two pack of hand towels), and they do what they are supposed to do, so that's all aces in my book.  It's the kind of thing you buy, toss in your pack, forget about for a while, and then when you actually do need it for something, you're damn thankful it's there.  The only drawback...after it's wet...how do I get it to shrink back down into a disc again?

DISCLAIMER:
The Lightload Towels tested in this product review were provided to me at no cost, but have a retail price of $2.75 respectively. I currently hold no association with Lightload Towels or George Wheeler whatsoever, but I thank Owl Jones for sending him my way and his towels for being so flammable.  As with all independent gear reviews at Troutrageous!, I try my best to keep my reviews honest and unbiased. If something is good, it deserves applause; if it sucks, I'll let you know that too. It ain't in my interest to steer you wrong, so why waste the time in doing so?