As you know, every now and then I don't mind indulging in a guest post from outside.  Zach Lazzari, a guide from Nomad Fly Fishing, recently contacted me about doing such a guest post.  In a bit of a work-induced writing slump myself, it made perfect sense to let him pinch hit today.

Every so often I head to the river in a rush and forget to throw a few fly boxes in my pack. This mental lapse leaves me picking flies from my drying patch and the visors in my truck. I typically have enough bugs lying around to get me through the day but they are not always the ones I want. 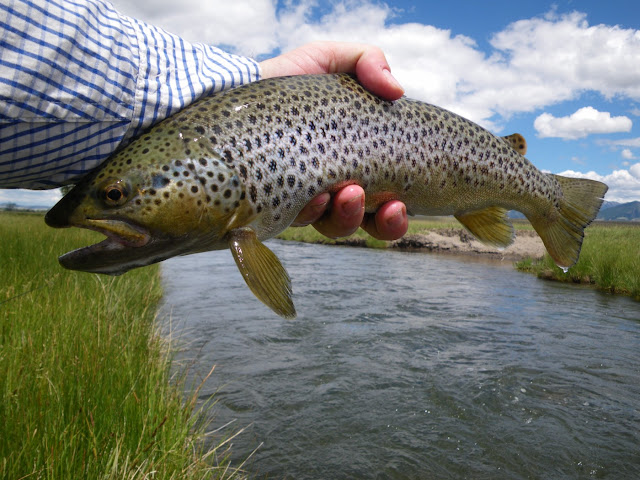 Recently, I found myself in this situation and settled on a size 4 salmonfly dry with a size 12 beadhead stonefly dropped off the back. I was well behind the actual salmonfly hatch on the Madison and the river was swarming with caddis and pmd’s. Not a single large stonefly was around.

After hiking a good mile from the access site I began working a deep bank with the setup. Less than 10 casts into the day, a massive rainbow came after the dry. I pulled the trigger way to fast and missed the fish but things were looking up. I fished until dark, catching and missing fish in every run on the river. Small fish would poke the big fly and big fish attacked it voraciously.  Although I missed the big rainbow, three browns over 20 inches and came to the net making it one of the more productive dry flies days I have experienced on the Madison. I never bothered to tally the total but it was better than average. 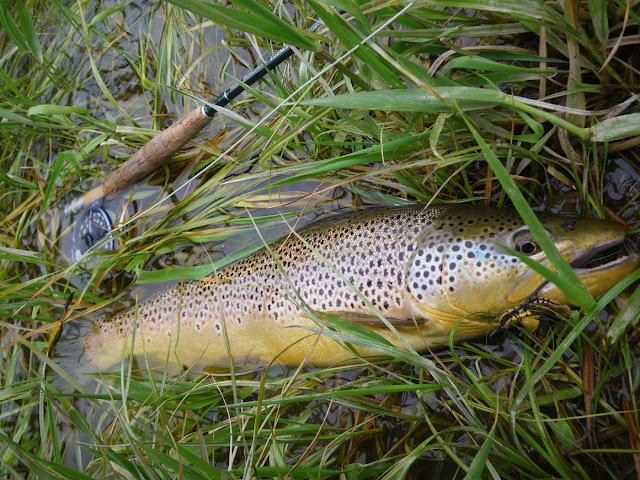 I have had similar experiences in Colorado and on a variety of rivers in the western United States. The big fish seem to have an insatiable appetite for the big dry flies, up to several months after the actual hatches have subsided. I would relate it to the extra appetite you experience the day after Thanksgiving. Your stomach is stretched and it wants a refill. Fish are not any different except stoneflies and grasshoppers are substitutes for turkey. 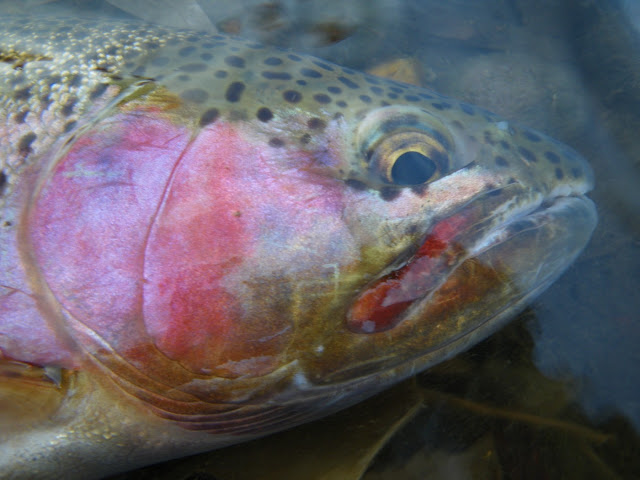 The reflex does dissipate in the late fall and stays dormant until the first big hatch of the new summer. Next time you are fishing through a summer riffle or along a deep bank, try a size 4-8 dry fly. It may not match anything around but it can make for an exciting day.

Zach Lazzari is a freelance writer and fly fishing guide in Montana. When he is not fishing, he is tying flies, furling leaders and building PBR can pyramids.  You can also find Nomad Fly Fishing on Facebook & Twitter.