After a day of dawn to dusk fishing, it felt good to sleep in a little bit on Sunday morning.

Unfortunately, we wouldn't be sleeping too long, as the Nantahala and her trout were calling.  Camp broke down and packed up very quickly, and before you knew it, Milliam had everything loaded into the bed of his truck (I bet that guy is good a jigsaw puzzles) and we were ready to go.

Before we were able to escape, two representatives from the Children of Elias did stop over to thank us for the use of the lighter the prior morning.  Actually the one-sided converstation went something like this...

(Okay I made up that last part about Elias). 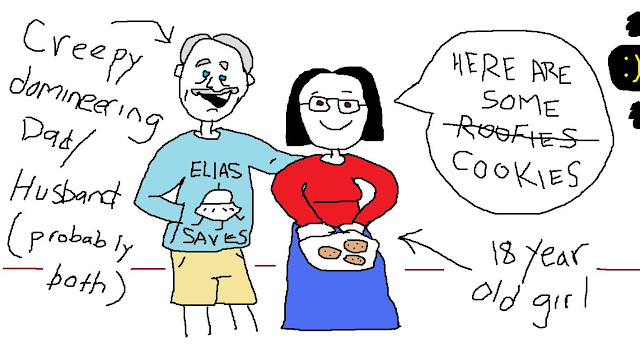 Being a nice gesture, Owl thanked them and they walked off...only to return no more than 5 minutes later.

And wandered off again, back to the mothership.

Not to be one to pass up free food, we teared into the napkin wrapped parcels.  After taking a first bite, Owl almost gagged on the blueberry corn muffin.  Meanwhile over in raisin cookie land, I now know what dog biscuits taste like.  Ungrateful?...yes...but cognizant of the effects of ingesting rat poison, let's just say we stopped eating then and there.  Well except Milliam, who despite acknowledging the robust sawdust flavor and consistency, ate two full cookies and brought the others for the road.  Farewell Smokemont.

We drove a little bit around a bunch of winding roads until we finally made it to the Nantahala, a much larger river than the small streams we had been fishing the prior two days; one which we pretty quickly found out was also recently stocked.


As far as the details of this outing, there weren't many.  Throw out a weighted nymph or woolly bugger, let drift, jerk on the retrieve, catch fish.  I think I caught 6 or 7 within the first 20 or so minutes.  14" rainbows and 10" brookies were the norm, with a random brown tossed in there for good measure. 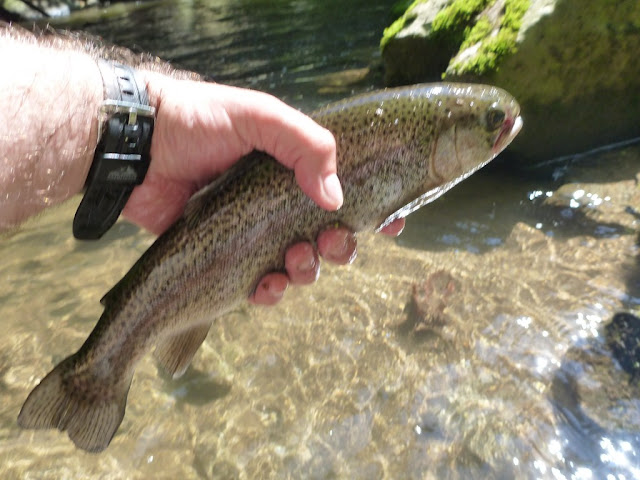 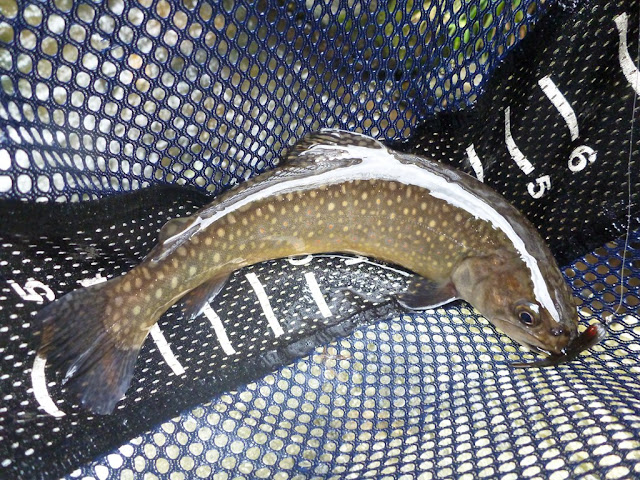 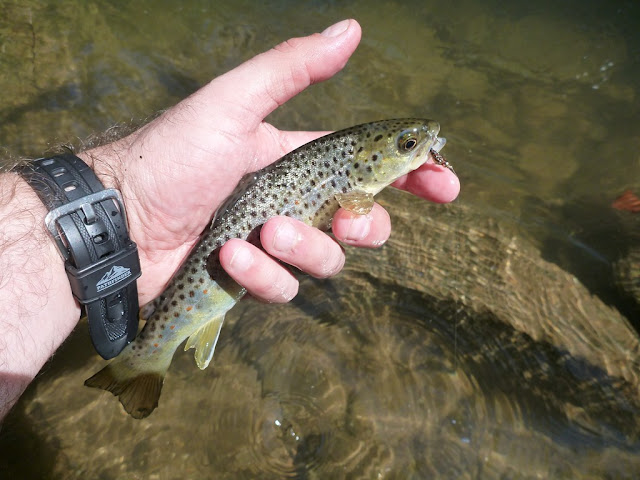 This pattern followed for the next 5 or 6 hours at each of the pull-offs we stopped at.  The only thing that slowed us down was hunger (quickly remedied by Oscar Mayer) and then an imminent, although shortly lived threat of rain. 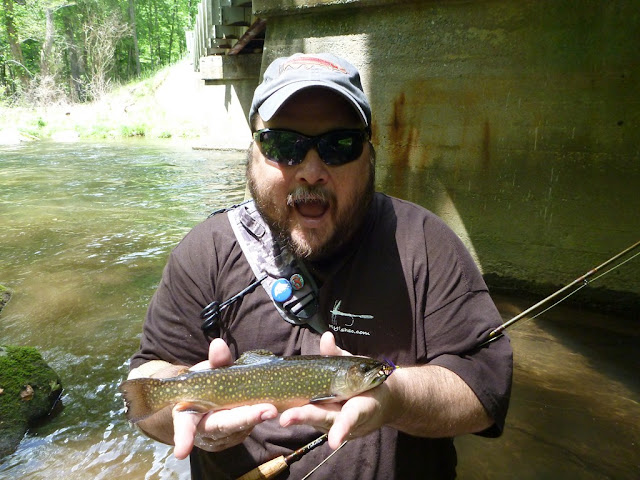 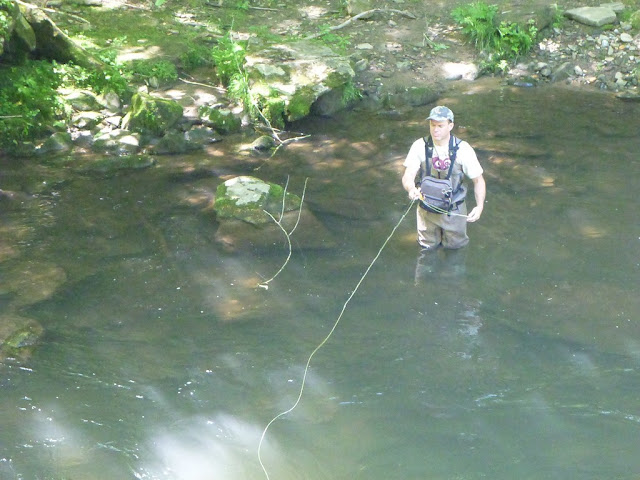 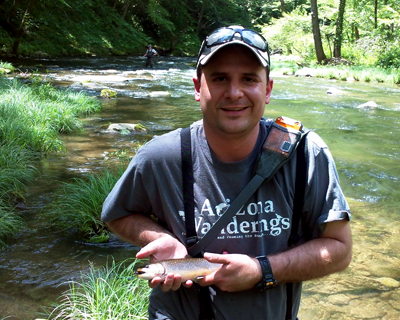 At the last pull-off of the day I had the unfortunate pleasure of slipping on a rock and going down hard to my knees.  While I wasn't hurt, my rod tip was, but quite honestly with all the catching that day, I didn't mind a bit.  Rod tips can be replaced...and if they can't...it's not like I own just one fishing rod.

After that, a bit of hijinks ensued.  Cover your eyes PETA.
I not so proudly present the premier of, "Smoky Mountain Bridge Fishing."

With that bit on nonsense over, the EPIC Smokies trip of 2012 sadly came to a close.  We headed back to Georgia, stopping only for some BBQ on the way, and listening to the M.C. Hammer channel on Pandora all the way back.  Pandora gave Naughty By Nature a lot of play time love.  I didn't complain.  Owl did.  Don't mess with his toot-toot.

Once back at Owl's house in Gainesville, I had the distinct pleasure of meeting Mrs. Owl, who I thank for the extreme hospitality and clean shower and towels.  (I hope I didn't make too much of a mess of the bathroom.)  I think that was first time I'd ever gone 3 days without a shower, and ripe was not the word.

The next morning would bring some light Atlanta traffic, the airport, and a flight home.  Thank you Owl & Milliam for a great time and patience you had with this too often errantly casting Yankee.  If you're ever interested in heading North, Pennsylvania & I will be happy to host a future outing...we've got plenty of trout streams...as well as hotels...