To be honest, heading into Saturday's rite of Spring, I anticipated somewhat of a letdown.  I was fishing solo on Opening Day this year, an unfortunate development documented a few posts ago.

With no partners in crime this year, I rolled up to our usual spot a little after 6:30 AM.  There were only two other Powerbait bombers anglers there at the time, so I was able to settle in on a nice little "island" of land, all to myself. 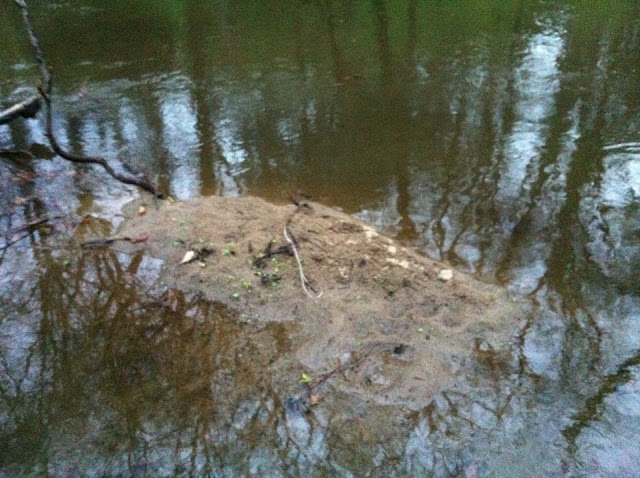 Once 8:00 AM (and about 6 or 7 others) finally came around, the fishing itself wasn't bad, I ended up catching my limit + 2...although it did take a bit longer for whatever the reason.  The past two years I've hit my limit in 15, maybe 20 minutes.  Hungry & confused stockies tend to toss aside all inhibition when presented with a gold spinner.  However this year it took about an hour.  Either the bite was just slow, or not quite as many fish were dumped in "the hole" as years past.

In any event, I unfortunately don't have much to show from this outing.  I had planned on making a tripod-mounted POV video...but the camera battery ran out a few casts before I caught my first fish.  Silly thing is I didn't even realize the battery was dead, so I "steered" the trout in front of the video camera on the retrieve, and then held the fish up to the lens and said something stupid like, "Whoomp, there it is!".  I'm a dummy.  FAIL!

I let the battery rest long enough to snap a picture of one of the last fish of the day, a 13" brown, before it finally gave out for good.  Oh well...that's what I get for buying cheap, "bo-bo" camera batteries from eBay. 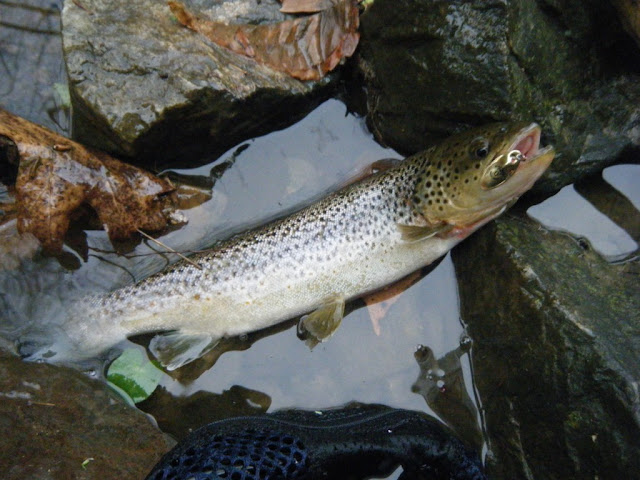 After that, I went home and dealt with other non-fishing things...we went to see the tax man, as 2011 was a bit too complex for Turbo Tax...and in a total unexpected event, was coerced into buying a new car for my wife.  Actually, I just had to do all the paperwork...because...well...she "bought" the car without telling me the night before.  But that's a story for another day... 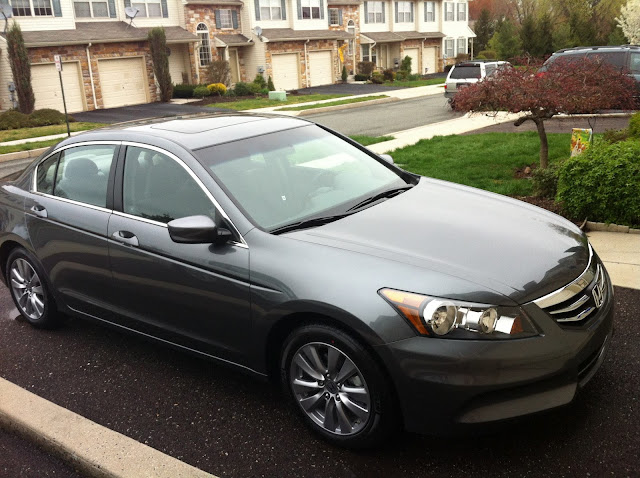