Mishmosh Monday to Get Caught Up

Since this post is going to be totally random, I know it should really be an installment of the Nibbles, but that's a Wednesday thing...

So I haven't really written anything in a while.  Yeah, I suck.  If I can't bring it, I'm not gonna bring it.  That's the deal.  While I'm not gonna be a Mr. Whiney-Pants about it, I do have my reasons for going AWOL like JCVD in Lionheart.

1.  Work has been kicking my ass.  I work in internet retail...which can be as brutal this time of year as normal brick & mortar retail.  I mean the doors never close and company-provided smartphones provide no escape!  Plus we moved offices last week, and with such a move, nothing in terms of technology seemed to work right.  My laptop is still not hooked up to our "network," but I digress...

2.  An extended bouz.  Bouz?  Yeah, that's what the Japanese refer to as "being skunked."  I had gone a few weeks without catching any fish...even using my magical tenkara rod.  Doesn't make for inspiring writing material.

3.  Thanksgiving.  It's difficult to type when all you're doing is feeding your face.  And we had visitors from out of town.  So when work wasn't kicking my ass, I tried to spend time with them.  Even though I did a poor job of it.

So with that out of the way...what else was I up to?  Here's a quick rundown, just to get all of you caught up and set the table for the rest of the week.

Fly Tying Show - Yeah, headed up to Somerset, NJ for the International Fly Tying Symposium a week or so ago.  What's a fly tying symposium you might ask?  Basically a bunch of dudes sitting at tables tying flies while people walk around and watch them do such.  I know...I know...not everyone's cup of tea, but it was actually pretty fun and some of the patterns will serve as good inspiration for future ties.  Heck, I even knew some of the "celebrity tyers" from their blogs, like Ulf Hagström and Gaeron Friedrichs.


Fishing the Little Lehigh - I also happened to carpool to the show with Mike aka Dub the Thorax & Matt aka The Functioning Fishaholic.  Those two are both big time gamers...like "don the headsets and talk trash while blowing people up gamers"...so while they conversed about that during the car ride to and fro, I just reminisced about playing Contra on the NES.  Mike also took Matt & I fishing on the Little Lehigh after the show.  He caught fish, we didn't.  It was fun though, and chalk it up to my lack of skill rather than his poor guiding.  I'll be back at some point, at the very least to stick a T! sticker somewhere...

Christmas Shopping - Lilly doesn't read this blog...why would she when her computer time is spent at Club Penguin or Moshi Monsters?  So I feel comfortable saying that I did the heavy lifting of her Christmas shopping this past week.  And by heaving lifting I mean ordering stuff from Toys R' Us online and picking them up at a local store to save on shipping.  She's getting THIS, THIS, & THIS from Mom & Dad Santa...or more truthfully, from the advertising money that Online Hunter Safety Course paid me for putting their link on my site.

Thanksgiving - As I mentioned, friends from Texas came to spend the holiday with us this year.  It was great to have them for a few days, and I loved having them in the house, even though the j-o-b dealt me a cruel blow on Thanksgiving making me log on and work several hours from home.  Anyway, I know Lilly had a blast hanging out with her "cousins" and I can't wait to see them again! 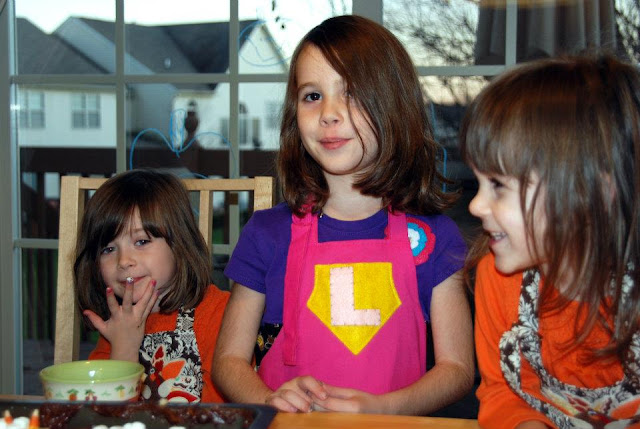 Gear Testing - I've been testing some gear that people have been heaping on me by the handful as of late.  I mean like I'm going to say no?  So keep an eye out for some reviews of RedRam thermal underwear, Margaritaville Polarized Sunglasses, & the Orvis Fly Fishing App.  I know I'm not special or anything, as I've seen similar reviews from others elsewhere, I just need to hold up my end of the deal.  Oh, I also owe Make It Urz a tip of the cap by way of a post for something they sent my way recently.

Fly Tying - I spent the majority of the other night tying flies and re-filling my nymph box with some more beadhead princes in sizes 16 & 18 (my favorite).  Coincidentally, cp's blog tossed up a video tutorial on how to tie them.  Now beadhead princes are one of the few flies I can competently tie, but I saw his post go up while I was writing this one, so I thought it was a good excuse to pimp it.  All about the blog love.  It's good karma.

Fishing - Oh, and I went fishing yesterday.  Needed to wipe off some skunk.  I slept in and got a late start, but traffic on the water wasn't as bad as I thought it might be considering it was a balmy 65 degrees outside.  I didn't catch a ton (what else is new), but caught enough to leave happy and be in a good mood for what is going to be an unforgiving work week.  Bring it!