Before I went to bed two nights ago I had the great idea that I'd charge the batteries on my point-and-shoot camera as well as my hand-held video camera.

When I left to go fishing yesterday morning, I had the equally great idea to bring said point-and-shoot camera and hand-held video camera with me.

However while doing both, the morning of I had the bad idea to leave the freshly charged batteries at home.

At least I didn't have an EPIC day of fishing, one that should have been documented for the Fly Fishing Hall of Fame (there's one of those, right?)  That said, I caught more than my share, but nothing to brag about. Luckily, I had my smartphone, so I snapped a few pics with it. 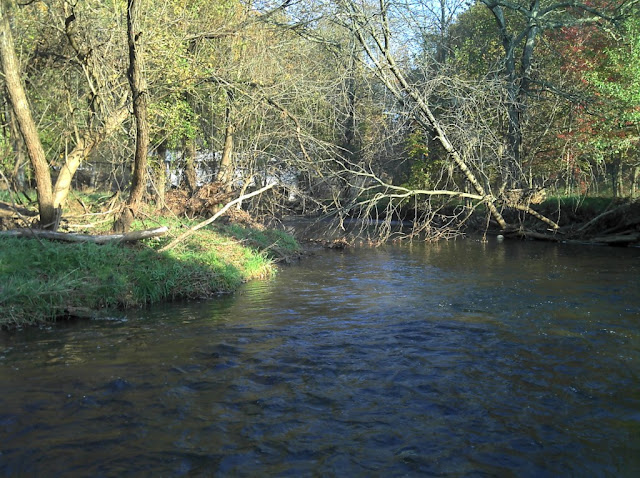 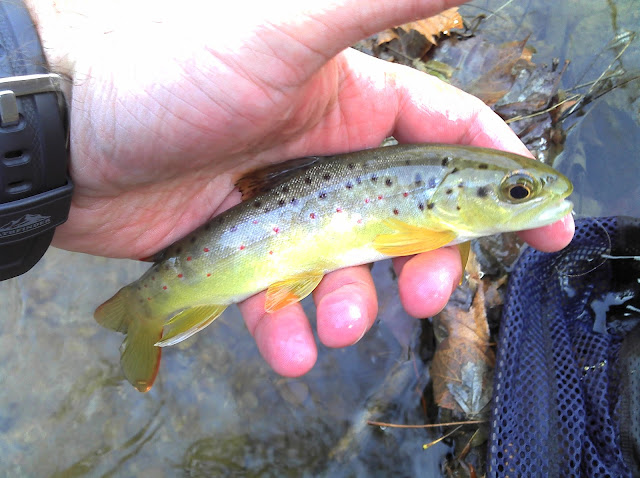 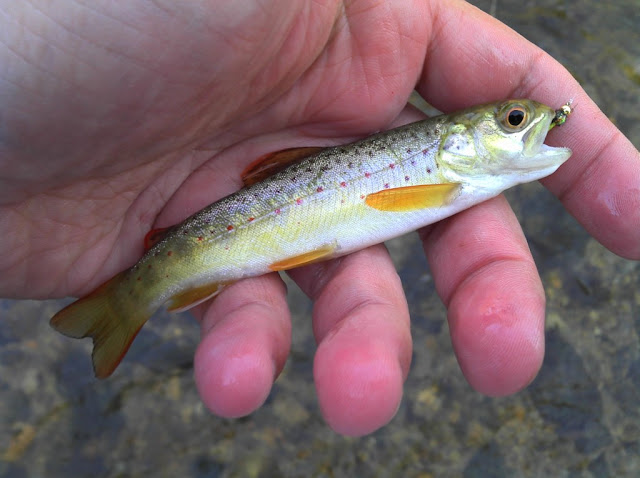 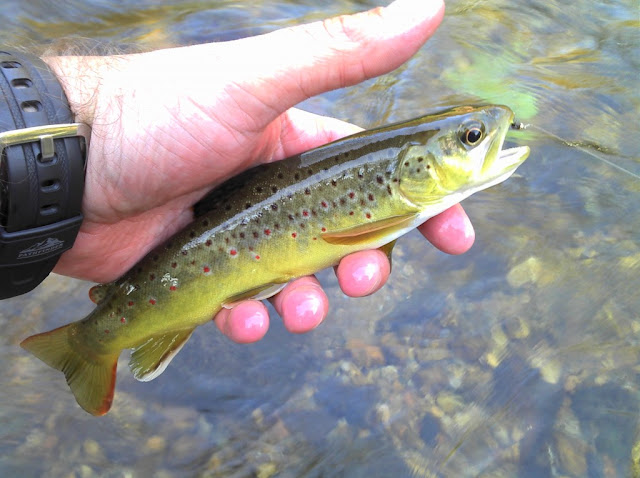 Small streamers (thanks @fieldcaster) in deeper pools and drifting Copper Johns through the shallows were the preferred flies of the day.

Also tried out my new wading pants and boots. As a former hip wader, I've become a quick fan of these Redington Sonic Pro wading pants so far. A little less bulky than full waders, would have been a steal even if I didn't get them for crazy price from The Clymb.  (Yes, that's a referral link, but the deal was really that good - fo' sho').


The L.L. Bean Gray Ghost boots seem solid too, nice and lightweight, but I didn't do too rigorous of wading so not sure how "sticky" the rubber soles really are.  Only time will tell on both, but good first impressions.

Anyway, not a magical day on the water, but a productive stress reliever nonetheless.  Sometimes the non-eventful days are just as meaningful as the memorable ones.