Last weekend the family headed up to central New York State to spend a rather agenda-free weekend away from everything.  See, a few months back, K.C. saw a deal on an inexpensive room rate offered by an out of season ski lodge on a "Groupon"-like site called RueLaLa.  Hope Lake Lodge was advertised virtually brand new, and had all of the amenities one could want, including an indoor waterpark for the kids.  However being a fisherman, the one thing I fixated on was the location...Cortland, NY.  You know...like Cortland, New York.  The credit card came out of my wallet...

I took Friday off from work and a three and a half hour drive found us at our destination.  Hope Lake Lodge was as nice as advertised.  Beautiful building, wood beams throughout.  Our room had a rustic theme, but modern amenities sucha as a flat screen TV and fully stocked kitchen even with marble countertops.  Fancy, fancy. 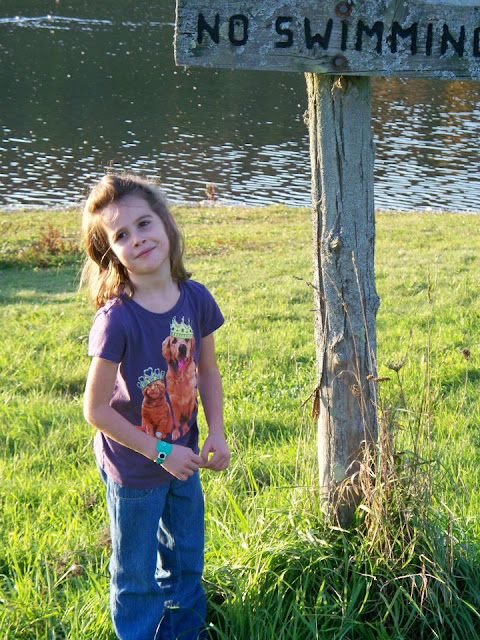 However the place was also pretty empty...hence the nice weekend rate.  I have a feeling it isn't quite as quiet when there's snow on the slopes.  We took it easy that first night, got a lay of the land, grabbed a quick bite to eat, and then went to bed.  I did watch a little baseball on TV before I went to bed that night, however I refuse to acknowledge the result.

Saturday morning was going to be my chance to fish a little bit.  The "deal" was I would go exploring some recommended fishing spots for about 4 or 5 hours in the AM while K.C. took Lilly to the indoor waterpark.  We'd basically just all meet back up at the room at lunch and do a family adventure in the afternoon. 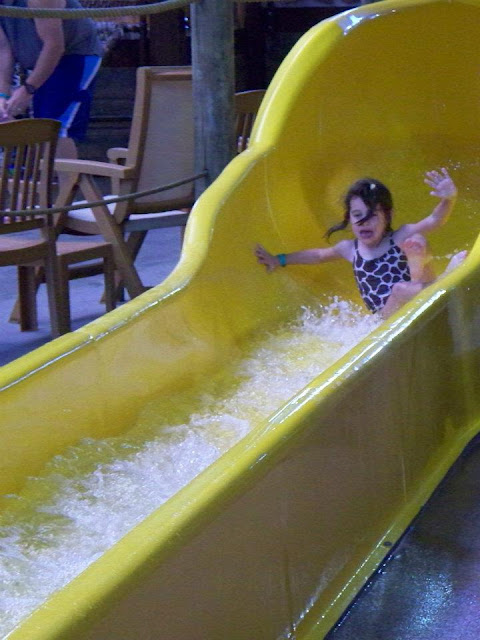 My first stop was Factory Brook, a very small stream, in the neighboring Village of Homer.  Factory Brook is a really beautiful stretch of small water, no more than 15 feet wide, and according to my research, home to wild brown & brook trout. 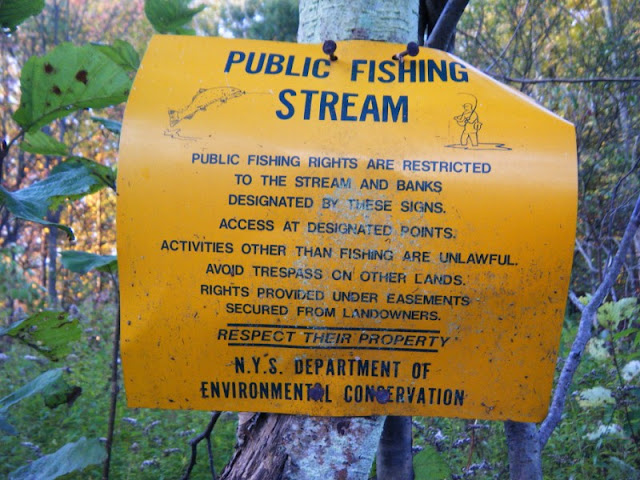 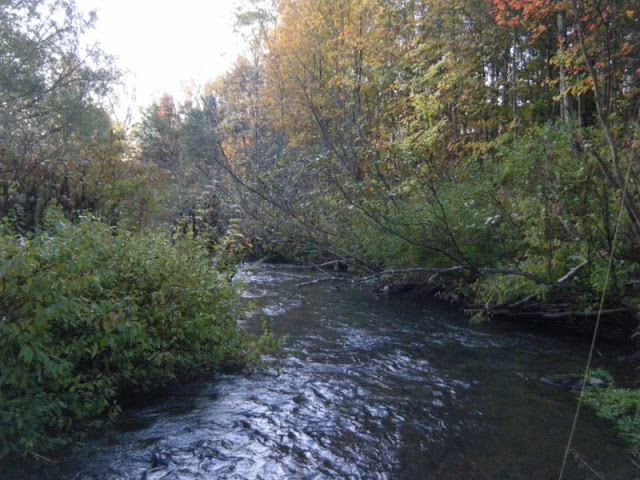 Note I said "research" in the prior paragraph because I unfortunately didn't have much luck at Factory Brook.  Limited by time, and wanting to check out another stream, I only fished there for about an hour.  No, I didn't catch anything, but I want to go back.  The beauty of this pool haunts my dreams.


The next stop was the West Branch of the Tioughnioga River.  I think it's pronounced "Tee-off-knee-oga" for those following along at home.  Compared to Factory Brook, the section I fished was downright urban.  It actually flows right through the city of Cortland, so right behind the trees that give the river a bit of shelter are people's backyards and businesses.  I dropped in next to an apartment complex and fished downstream to about 3 or 4 city blocks. 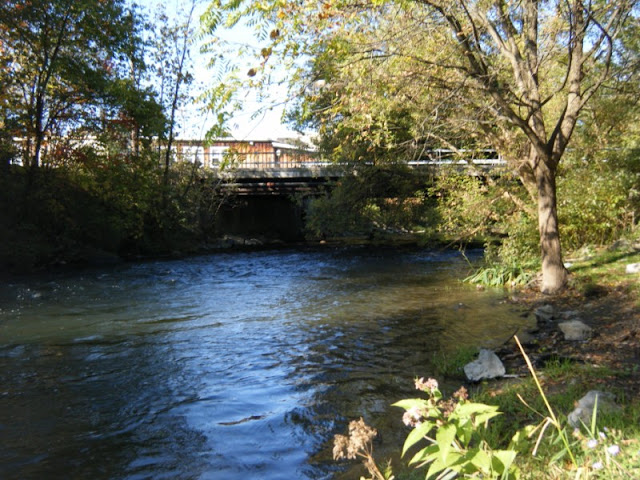 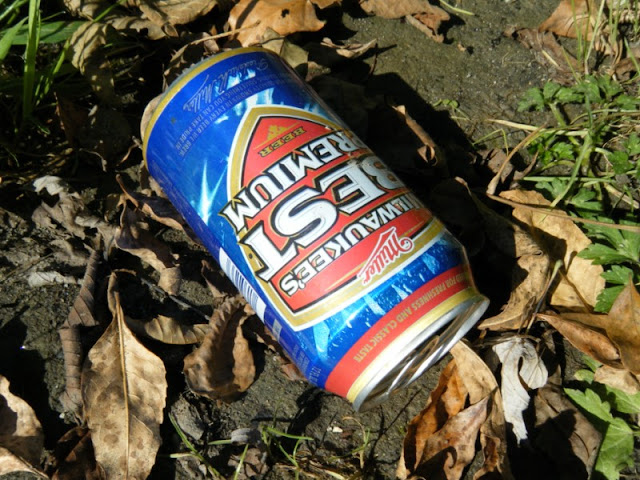 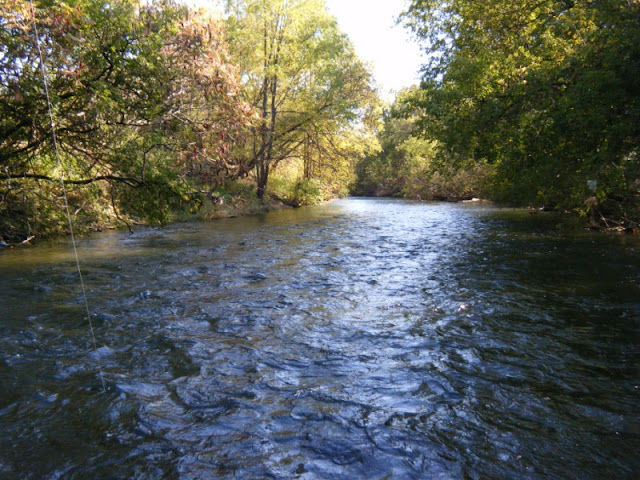 I also happened to catch my only fish of the trip here.  This brown, who crushed a small woolly bugger, and overwhelmed my 3-weight and click n' pawl reel.  What a blast to bring this fish on such light tackle! 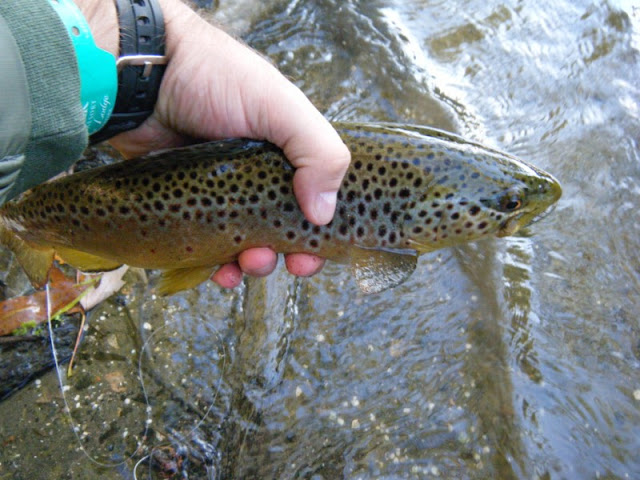 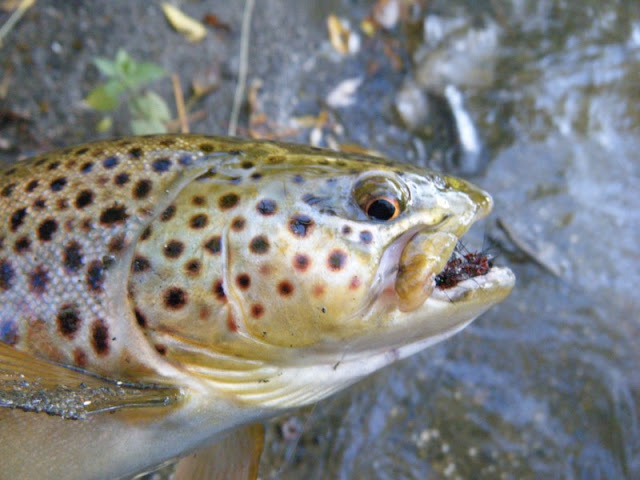 Looking at my watch, and totally satisfied that the "skunk" was gone, I realized it was a little after 11:00 AM, so I stopped fishing, & headed back to the car.  I had one more stop to make before heading back to the hotel.  It was a fishing-related stop, but I wouldn't be getting a line wet where I was going.