The Weather Giveth and Taketh Away

Saturday morning was pretty damn nice from a weather perspective.  It was nice and cool, probably high 60s creeping to the low 70s and generally overcast.  The weather report called for a chance of showers, but fortunately they held out presenting almost perfect conditions for (almost) Fall trout fishing.

Unfortunately, the showers were not as cooperative the week prior.  Yeah, that Hurricane Irene passed through and this was my first chance to see what impact it had on the creek I frequent most. 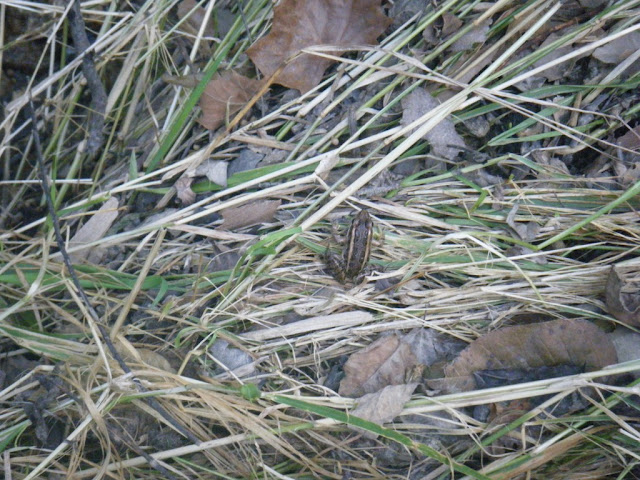 Other than all of the matted grasses, clearly a result of the creek exceeding its banks, the most noticable impact was all of the trees that were down...pretty much everywhere.
Some, those closest to roadways, looked to have been "dealt with" earlier in the week.  Mother Nature is good, but even she'd require a chainsaw to make this clean a cut. 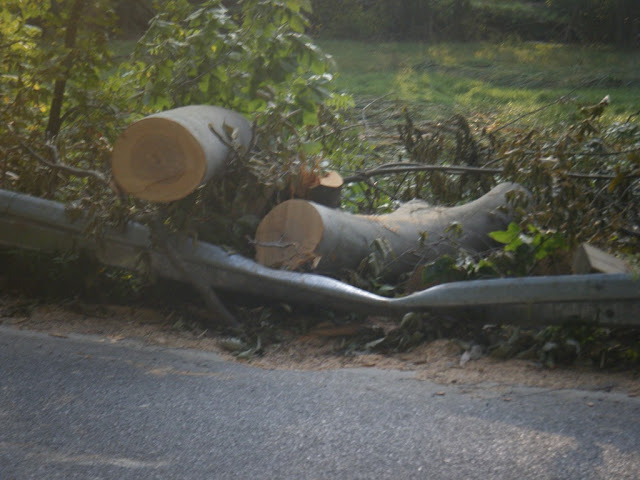 However the trees closer to the stream were just strewn all over the place.  Most did not seem like they'd be all that destructive, but I was absolutely heartbroken when I saw this: 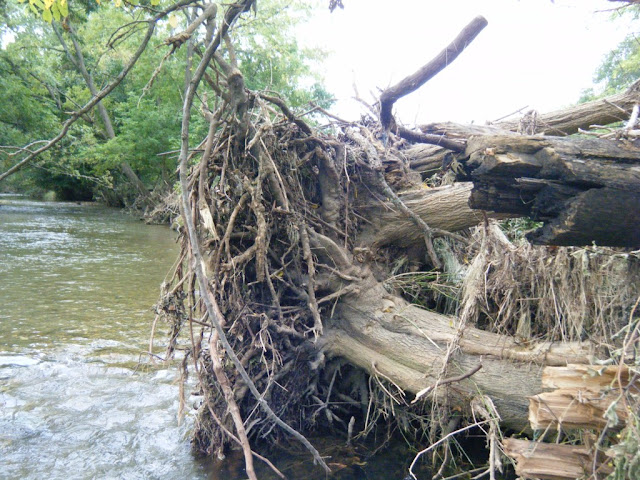 This little stretch of Valley Creek is where I've caught my "best" trout, in terms of both size & fight.  Prior to a week ago this was a nice little clearing, a spot you could cast down towards the water from the tall grass, usually drifting a dry or a nymph a good 15 or 20 yards and be sure to pick up a trout or two.  As a matter of fact, Matt from the Functioning Fishaholics fished in this exact spot a few weeks ago on our "misguided" morning of fishing.
Today, it appears the tree that fell during last October's rains about 40 yards upstream had gotten a push from some friends along the way and decided to rest itself here, certainly providing some additional cover for fish, but also creating a clusterf*ck of tangled trunks, branches, and roots. 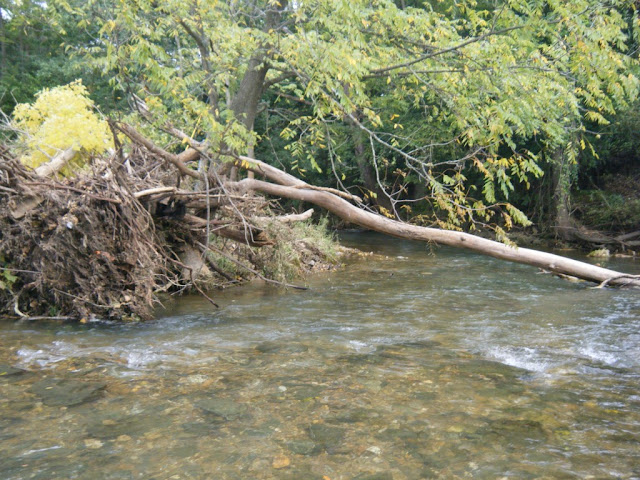 Oh well...
I was able to get some fishing in.  The creek was still a bit swollen, but definitely fishable.  I'd be lying if I said the fishing was epic, but I was able to bring a few (3) to hand despite an all out assault on my flies by the tree & rock monster tag-team.

I seem to have developed a knack for catching "fun-sized" trout recently, so since the picture of this tiny guy came out best, I'll end the post with a look toward the future. 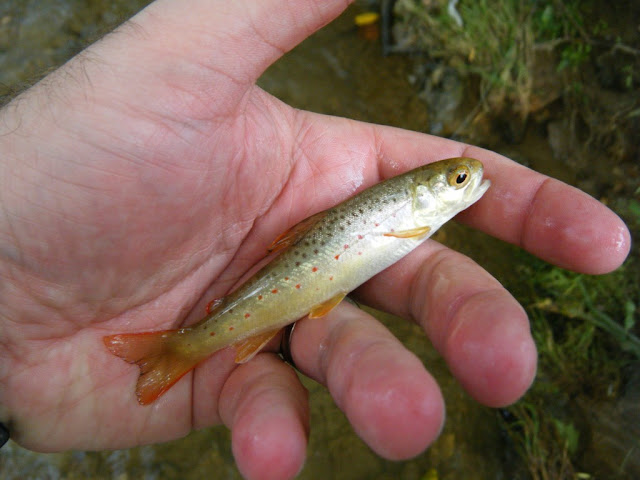