I plan on trying to go fishing this morning.  We're supposed to get more rain today, which on top of the already swollen state of the local creeks and streams (thanks to Irene) should make for an interesting morning of fishing.  Again...if Mother Nature cooperates.

So today, primarily due to lack of inspiration, here's a re-post from almost 4 years ago.  At this point in 2007 the blog was a few posts old, I had never touched a fly rod, had no idea what tenkara was, and I wrote a pretty simple, straight-laced blog post.  I should probably take some notes...

Guess it took playing with beads & feathers on a consistent basis before I got comfortable flying the freak flag on the blog.

So, just got back from Florida again. Did a little canal fishing, this time with some 4" Yamamoto Senkos & a Heddon Zara Puppy I picked up at Bass Pro. (By the way, had a Scottie Pippen sighting at the Ft. Lauderdale store). 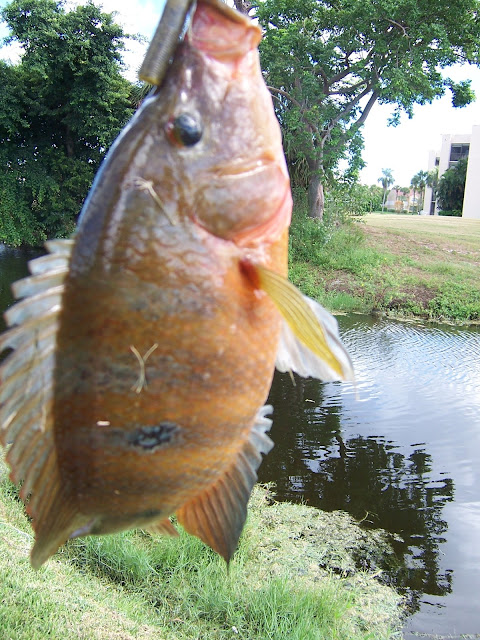 Anyway...I usually only have luck catching Bream in the canals behind Gary & Lorraine's, which I caught plenty of again, but this time scored 2 Largemouth Bass, and 2 Peacock Bass. Now let's get something straight, these aren't Amazon Peacocks, but they put up a nice fight regardless. 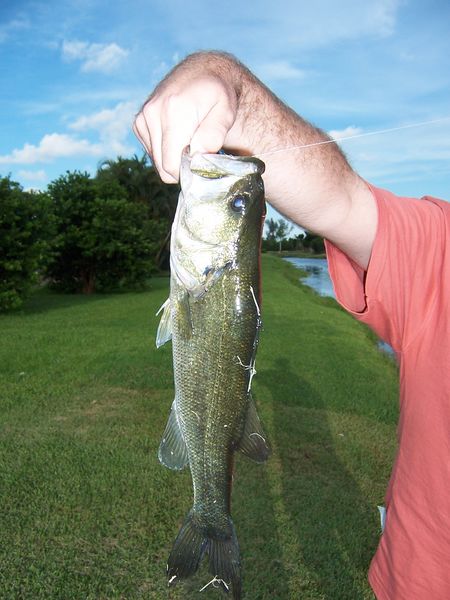 The Peacocks were really blowing up Zara Puppy - topwater fishing is so enjoyable. Unfortunately, as with most fishing outings, I'm most dismayed by the "one that got away." Towards the end of my second afternoon, something really took my bait hard, and snapped my line outright. Took the entire rig. Was only using 8-lb mono, so probably had a small fray in it and it just gave way.
Oh well...next time. 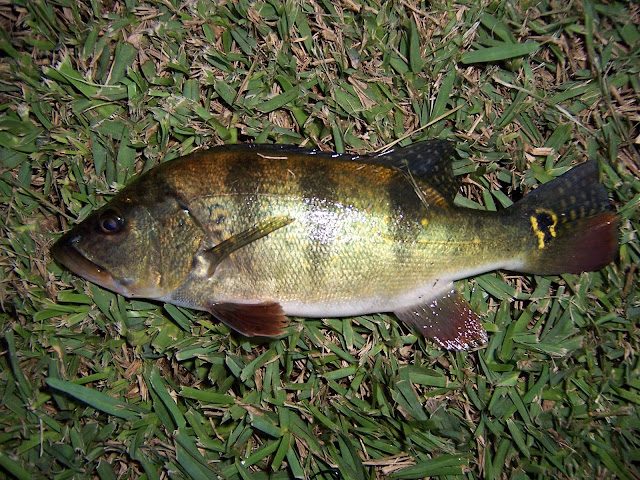