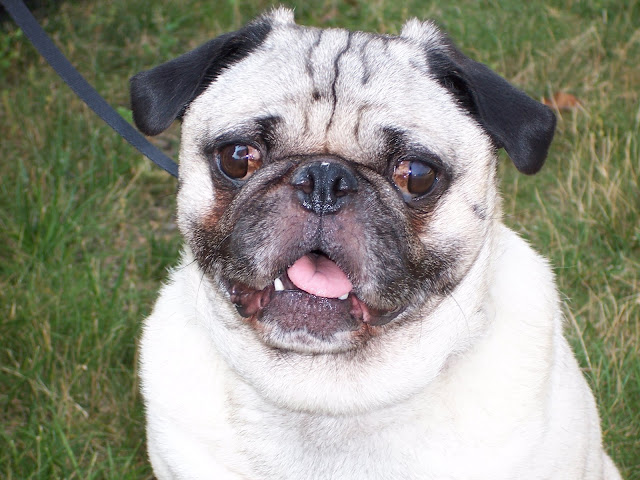 He started showing outwards signs of being ill over the long July 4th weekend.  He couldn't urinate, wouldn't eat or drink, and simply wasn't himself.  I took him to the vet on Saturday morning and they thought it was an infection, prescribed some antibiotics, and sent a sample out for tests.  He didn't improve.
Still acting erraticly, K.C. & Lilly took Caesar to the vet today while I was at work.  I received the news around 3PM that he was gone.  Rather than an infection, an x-ray confirmed a large tumor blocking his urinary tract.  Too large to be removed, it was also too invasive for the vet to be able to provide him with any level of comfort in the short term.
This is where today remains really hard, and still stings quite a bit.  Not getting to give my final goodbyes is eating at me.  My wife did the right thing, not allowing him suffer any longer, but I am honestly heartbroken about not being there to hold his paw and stroke his belly, look him in the eyes and reassure him everything was going to be okay one last time.  It may be selfish to want, no, need that sort of closure, but he was not only my dog, he was my first dog, and loyal friend for the last 9 years.
I've read several posts over the last few years where bloggers have written about the untimely passing of their pets...be it dog, cat, whatever.  I'm usually taken aback by how well those pieces are written, including flowing prose, wonderful adjectives, humorous recollections, enough to bring a smile to the face of anyone that reads them.
Unfortunately, I'm not a very gifted writer, rather one that at best converses on an middle school level and with a certain degree of potty mouth.  I'm more of a pictures & video kind of blogger, so that's what I'll do here...because the words aren't coming easily.  It's too hard to type while wiping aside all these damn tears.
Maybe it's better that I didn't get to say goodbye.
Goodbyes are so final, and I know I'll see you again someday Caesar.
And when I do I'll bring the tortillas, I promise.
You always were my good boy.

Posted by Michael Agneta at 9:54 PM