Who's The Idiot That Brought the Knife to the Gun Fight?

...that (of course) would be yours truly.

Before I get into this story, let me set the stage.  It's Father's Day 2011... about 9ish in the morning.  I'm on vacation with the fam in Boca Raton visiting the in-laws.  The plan had been to shoot down to Dania Beach and get some Dad's Day lunch & ice cream at Jaxson's Ice Cream Parlor.  Seriously... if you haven't been, go there... and if you're in Florida... make that immediately! 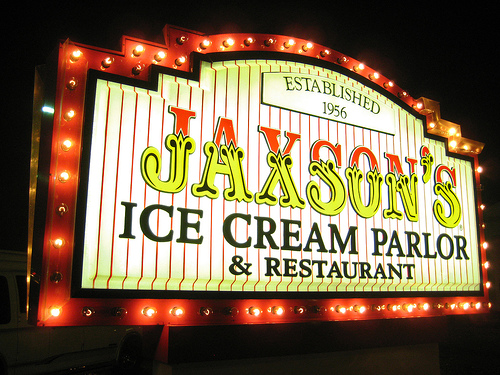 I'm sitting outside, watching Lilly swim in the swimming pool, and K.C. busts out of the sliding door and says, "we're going to spend the night in Sanibel, grab your rod."  Sanibel... huh... I wanted ice cream... what...???


Anyway, about an hour and a half of drying Lilly off and packing, we're in the car headed west to Sanibel Island.  It's like two hours through "Alligator Alley" listening to my mother-in-law identify every stick, twig, and branch in the water as a gator.  Okay... that might be a bit of an exaggeration... because as she'll tell you the gators are obviously only on found the north side, never the south side, duh.


So we got to Sanibel Island and first off it's gorgeous, but second, it's kinda remote.  Like not remote where you have to "hike in" or anything, but remote enough that there's no Target (to K.C.'s dismay), and a trip to the one grocery store is like a 20 minute drive on the only road that runs through the place.

Net of it was...we got there, but not on the planned timetable... see we went to the wrong motel first... drove around some more trying to get our bearings... had to use Google Maps on the smartphone to find the right motel (because nobody seems to knows how decipher the incredibly hard to work in-dash GPS of the 'rent's Subaru Outback)... made it to the motel & dropped the bags off at the room... drove another 20 minutes to get lunch (yum, BTW)... and then finally back to the motel to sleep for a bit before tossing some swimsuits on.  Sound like your last vacation?  Probably does.

We would have went to the beach sooner, but we settled in around 2:30/3:00 and I think it was 137 degrees on the beach.  Some of the locals might have said there was a cool sea breeze comfortably knocking off 3 or 4 degrees, but there wasn't.  Just eyeball-liquefying heat that no shelter beneath a poorly anchored beach umbrella could diminish.


I will say that waiting until about 6:00 PM to go to the beach was an awesome call.  First off, there was nobody there.  Like nobody.  Really.  Which was good... because there were no witnesses to watch me make a jackass of myself in the surf for about an hour and a half, hopelessly flailing a trout rod back in forth in search of snook, marlin, illegal immigrants, or whatever the heck swims in the Gulf of Mexico waters.  Yeah, I'm no saltwater fisherman.


Had we of been there longer, I probably would have sought out the the bait shop, hardware store, or wherever the locals buy stuff for some fishing advice, but we were looking at 2 and a half hours until sunset.  So I had to make do for a bit with the aforementioned 4-weight rod, 5-weight line, and saltwater flies I won in a Twitter contest more appropriate for a 7-9 weight rod.  (Sorry Rob @ A Bad Backcast...they look really nice in the fly box, but I done you wrong!)  Trying to muscle that damn fly out a mere 20-30 feet while dodging the sharpened steel erratically whizzing by my head was downright exhausting.


After playing with Lilly for a bit, I switched to a similarly under-powered spin rod that my mother-in-law brought while she & K.C. went out to collect shells.  As with the fly rod, I had nothing to put on it... yeah, there were some rubber bass worms in her tackle box, but I needed to be more Blair Wiggins, less Bill Dance.  So I tied on a different one of the flies I mentioned earlier - it had dumbbell eyes for weight - and had at it for another 30 minutes.  And no, I didn't need to use a bobber... I had one right beside me the whole time.


In the end, what did I catch?  Not a single fish...l ikely a torn rotator cuff... and still no ice cream... but on the other hand memories with the fam I wouldn't trade for anything... including a showstopping view of the sun setting over the horizon. 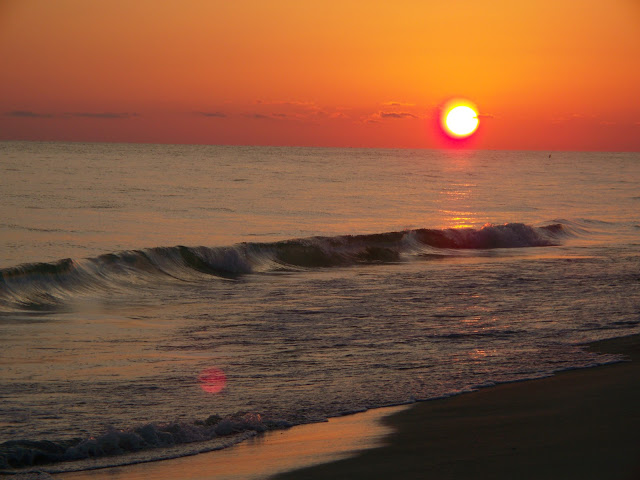