It Only Takes One Fish to Turn Your Day Around

The weather in the area on Saturday night was pretty bad.  Considering what happened in the Carolinas I shouldn't complain, but we had buckets of rain dumped on us combined with very, very high winds.

Wanting to go fishing on Sunday, it was somewhat convenient to know that my window to do such wouldn't be until later in the day (K.C. & Lilly were going to be out for the afternoon), so I simply crossed my fingers that Valley wouldn't be too swollen and fast by the time I got there.

However, when I did...
Normally, I wouldn't have fished it.  I probably would have headed home, or simply taken a walk through the woods, however I forced myself to.  The visiting Sakura Seki Rei was jealous that I took his little brother Kongo out last weekend instead of him.  Can't have family unrest.
So I fished...  Quite unsuccessfully might I add for about two hours.  Not a nibble on the end of the line.  The rod however is a gem.  A bit heavier (also longer 3.6m vs. 3.0m) with perhaps a slower action than the Kongo, but in my opinion the better caster of the two.  Look, flick, and the fly's on the bullseye.
With the absence of action at its apex, my watch said it was 4:00 so I pondered heading home.  I've been there and done that before - fished a messy Valley with no results - so with the rod test drive mostly complete, why continue?  Might as well head down the path back to the car.
But right before I got to the end of the trail, I decided to veer right and give one of my favorite stretches one more try.  Effortlessly snapping cast after cast with the Seki Rei, I drifted my tandem of flies through a grouping of large rocks...if there's a trout lurking, surely it's got to be here...
BAM!  Fish on.
This particular brown had some getup and go too.  The combination of this fish's motor, the ultralight tenkara rod (with no reel or drag), and attempting to bring it to net somewhat against the swift current made it quite a memorable fight.  The trout made several runs, flexing the Seki Rei deeply in counterbalance, until finally, tired from battle it allowed me to remove the fly from its jaw and snap a quick picture before swimming back to sanctuary.  Adrenaline pumping I could only smile.  It was one of those experiences that make you remember why exactly you chase those sneaky wild fish in the first place.
The stench of a potential skunking (or should I say bouz?) removed, the rest of the afternoon was fished at a more leisurely pace.  Kind of got to sit back and smell the flowers if you will...
A handful of much smaller, more typical Valley trout came to hand in the following hour.  They were all quite frisky little buggers, some rising, some feeding sub-surface, but each a carbon copy of one another.


It was about this time when I realized that the sun was getting low in the sky and it really was time to head home.  No worries though, after a day like Sunday, I'll be back...soon. 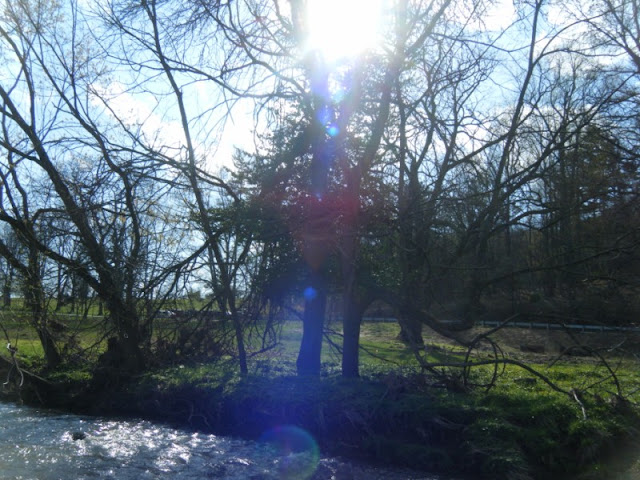