Just warning you, the nibbles are going to suck hard this week.  Between work beating me down by day & wading through a bunch of paperwork for my trout club at nights, I'm running on empty.  Plus, the usual supply of inspirational material that tends to show up in my inbox is at an all time low.  It must be celebrating Hanukkah.  So bear with me, this might be tough.

Hmmm...what can I write about fishing considering I haven't done any legit fishing it in a little bit.  Uhhh...unfortunately not much.  I did get a nice package in the mail from John at Fish Creek Spinners to re-stock my tackle box for next Spring.  (Remember, this is not just a fly fishing blog)

I've always been a fan of his work, and he sent over an assortment of spinners, including his small Armadillo & Nitromite spinners.  I did ask him to tweak the Nitromites a bit to make them a bit heavier and I'm really looking forward to getting them wet come Opening Day 2011.  The silly stockies won't know what hit 'em!

He also sent along a really cool prototype spinner.  I just like saying "prototype"...makes me feel like I'm some sort of industry "insider" or something.  Sorta like that tool Adam Schefter on ESPN.  I'll have to ask him (John, not Adam) if I can post pics here...I don't want to let any cats out of the bag - especially because I hate cats.  Maybe next week. 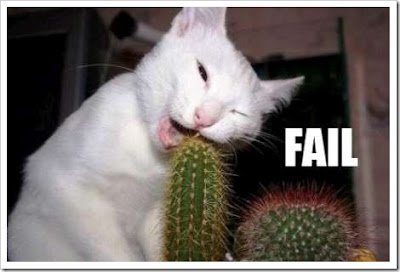 You that see Sylvester Stallone got voted into the Boxing Hall of Fame for 2011?  Philadelphia's most famous citizen (who also happens to be fictional...how pathetic is that), is now alongside all time greats like Ali, Frazier, both Sugar Rays, and some guy who made a boat load of bank selling Lean, Mean, Grilling Machines.

If Rocky is in...I think I'm going to start a campaign to get Ivan Drago nominated for 2012.  Other than Mike Tyson, was there a more intimidating ring presence in the 1980s?  I mean the dude knocked Apollo Creed into the afterlife...even after an extended James Brown song and dance intro.

Speaking of Russia...is this on anybody's Christmas list?  It wasn't on mine, but all of the love it's gotten PRETTY MUCH EVERYWHERE makes me think I should reconsider.  Or not.


You guys catch this?  Video's not fishing related & its been out for about a month, but man if it isn't funny, in a sick & twisted kind of way.  But you know that's how I roll.  To summarize, Ducks + Wind = Laughs.


Yeah, that was kind of cruel, but they all waddled off OK.  (Note to self: wind makes for an excellent meat tenderizer.)  Don't even get all PETA up on me.

Finally, this week's blog love goes to Dub the Thorax by "They Call Me Mike."  This guy is local to me, so gotta support a fellow SE Pennsylvanian.  We in the Keystone State stick together.  Unless you're from Pittsburgh.  Ugh.

Anyway, the blog is relatively new, but it's also pretty funny.  If you like reading the inferior attempts at humor on this blog, Dub the Thorax should be right up your alley.  I'd say head on over and become a Google "Follower", but he doesn't have that little follower widget on his site yet.  Boo.  Instead, go invade his post comments & tell him who sent ya.