Back in the day when I was playing John Madden Football or NBA Live on my Sega Genesis, I guess my friends down South were playing this?  (wait for the "strike" at 1:45)  For the sake of their mental well-being later in life I hope not, but it would certainly explain a lot of things.

Something tells me you would not be able to put a character in a video game today named "Ahmed Atolloya" - especially one who takes pleasure in offering up his most smelly worm. 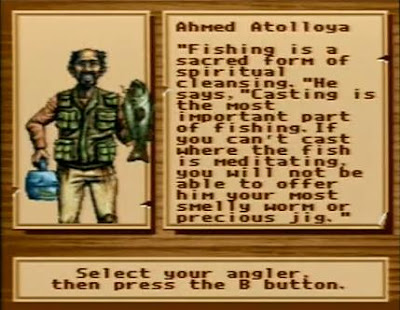 Posted by Michael Agneta at 9:58 AM