I took the day off from work yesterday.  Lilly had a Halloween parade & party at her pre-school and I wanted to go.  Lilly is going trick or treating as a zebra this year, and she really loves the costume her Mom made her. 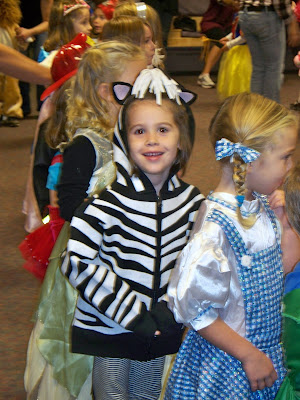 I'm not going to spend a lot of time on the Halloween stuff...well, because the real thing is on Sunday, and you know a post outlining Halloween night from A-to-Z will surely follow thereafter.

After school, I wanted to try and do something special with Lilly since I was home - go out to lunch, go to the movies, or maybe even go to the zoo - but she just wanted to stay home.  Oh well.  After lounging on the sofa and watching Alvin & the Chipmunks: The Squeakquel, she went upstairs to take a nap around 1:30.

I had nothing to do for the next few hours.  Despite the steady rain, I grabbed the fly rod, a box of flies, and headed over to Sanatoga Park to target some bass...yes, I said bass, as well as other warmwater species.

Sanatoga Park is where I usually take Lilly fishing.  It's less than 10 minutes from our house and there's tons of sunfish & bluegill in the large pond/lake/whatever you want to call it.  It's a very kid-friendly setting with huge flat rocks surrounding the impoundment.  I planned on fishing below the stone dam that holds all of that water up.  Not so kid friendly.

I was using a 6'6" L.L. Bean Quest II fly rod (the same one I plan on upgrading at some point this winter), & an Albright Topwater click n' pawl reel.  Tossed a small woolly bugger on 4-wt line.  Not sure if the fish were hungry or just partying in the rain, but it was by far the most fishing action I've had in a long time.


Cast, strip-strip, BAM!
They weren't the largest fish, but this sequence repeated itself pretty much every other cast for about 2 solid hours. 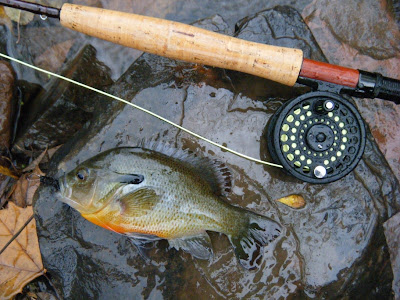 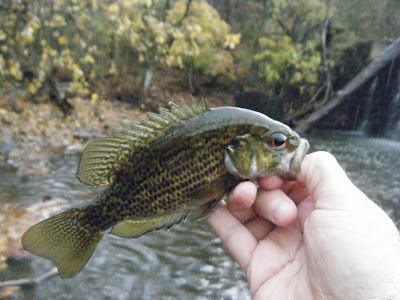 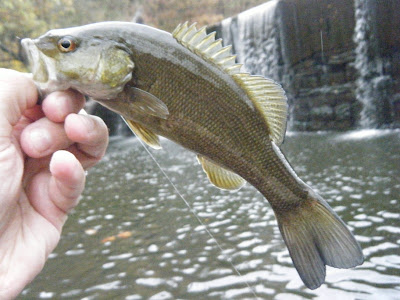 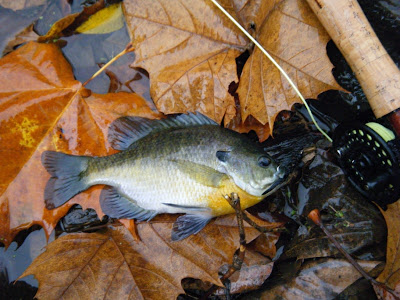 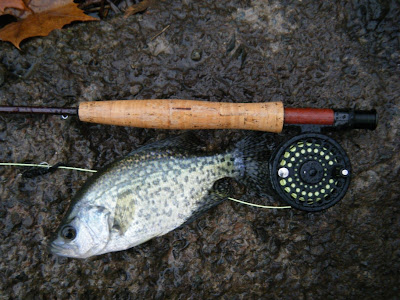 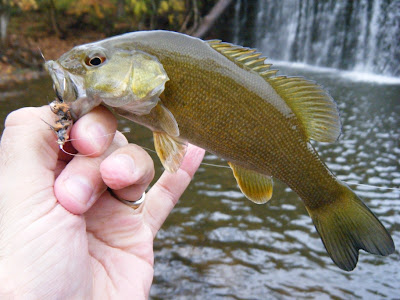 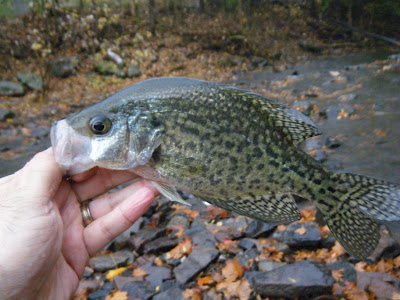 By 4:00, I was waterlogged from head to ankle (my feet were fine), and decided it was time to head home to dry off.  I'll probably be back soon though...just waiting for more rain.