...and got rained on this morning.

Last night was the "backyard camp out" with Lilly.  She had been asking to go camping for a while, and the weather was absolutely gorgeous last night.  Lows in the 60s, perfect sleeping weather.  It was a go. 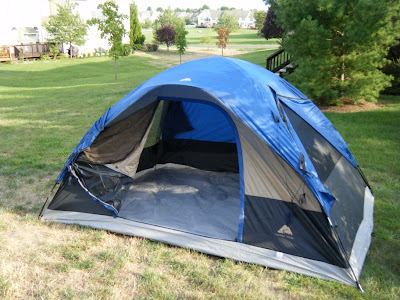 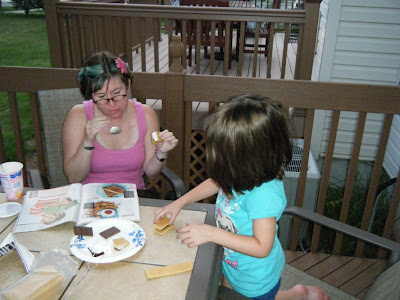 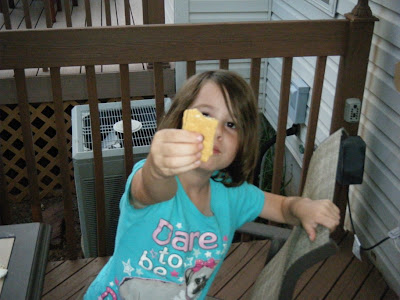 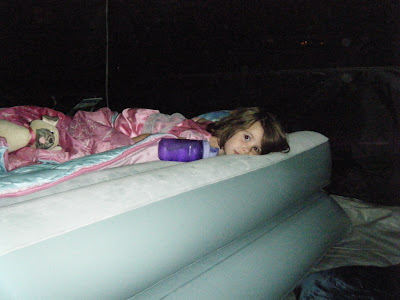 ...well maybe not right away when there's an airbed to bounce on. 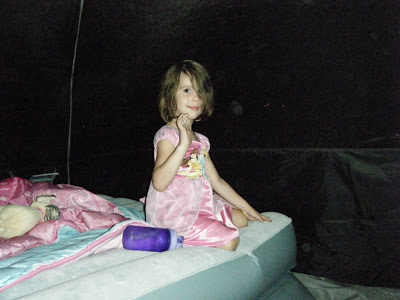 I woke up at about 5AM this morning to the sounds of raindrops smacking on the roof of the tent.  When I checked weather.com around 6PM last night, there was only a 10% chance for precipitation on Sunday morning, so I really wasn't planning on this.  The rain was supposed to come later in the day.  Luckily, Lilly slept right through it.

I probably would have too, but I'll be honest, I had bought a generally inexpensive tent at Wal-Mart, and wasn't sure how it was going to hold up given some of the reviews I read online.  I'll give the Ozark Trails tent credit where it's due.  We stayed in the tent for another 2 or so hours (until Lilly woke up) through a light but steady rain, and no water really came in.

Consider this an informal product review, but from an ease of set up and water-resistance standpoint, it gets 4 out of 5 stars from me.  Even the zippers worked well, which always seems to be the first thing that are skimped on in inexpensive goods.  I'm not sure what the people writing the online reviews are doing to their poles but I didn't experience any of the horror stories.  Yeah, it's cheap, and a Coleman or Kelty or some other brand would probably be better for more serious campers, but for light duty camping, this tent is aces.

So now we're back in the house.  Lilly's watching cartoons and eating breakfast, and has already told me she wants to do it again.  Maybe next time we'll get K.C. to join us in the tent.