...and had a great time. After getting some work out of the way on Tuesday, we were off to a Cubs game last night, which was my first at Wrigley Field. The weather was an absolutely beautiful sunny 70 degrees, which was extremely welcome following weeks and weeks of 90+ degree heat & humidity between Philadelphia & Florida. 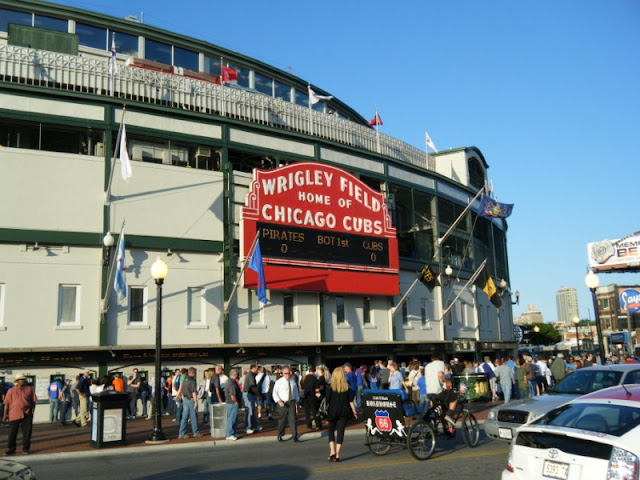 After a few beers & wings at Yak-Zies prior, we headed over to the game and were treated to some really good seats. Excellent actually. Second row behind the Cubs dugout. 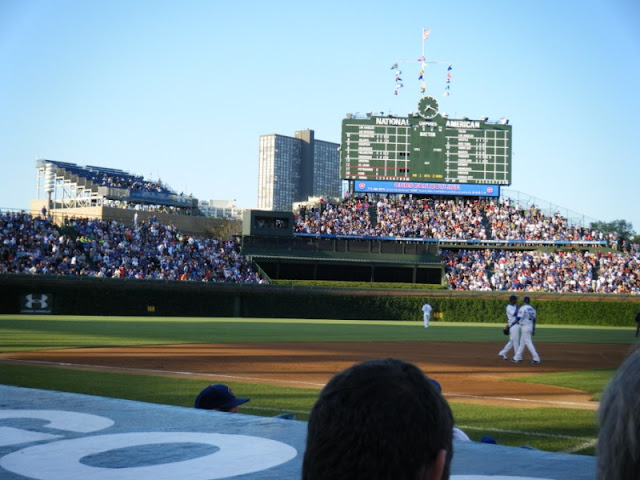 I'm neither a fan of the Cubs or Pirates, so it was fun to not have a rooting interest and just enjoy the atmosphere. Being an old park, it was really neat to soak in Wrigley. I haven't been to many older ballparks (that were actually built pre-WWII), so Wrigley was a treat, even better than old Yankee Stadium. 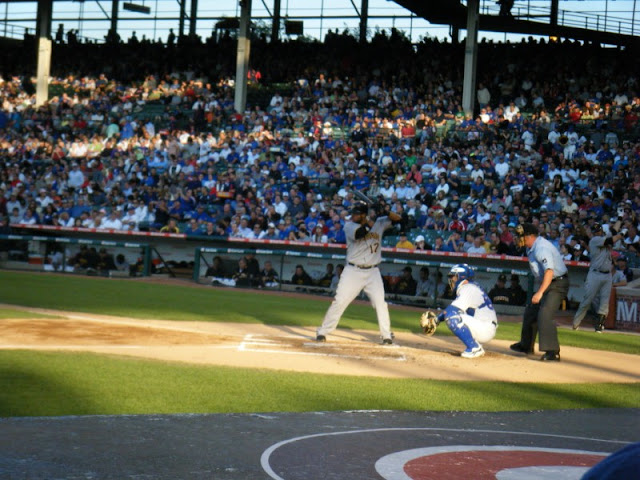 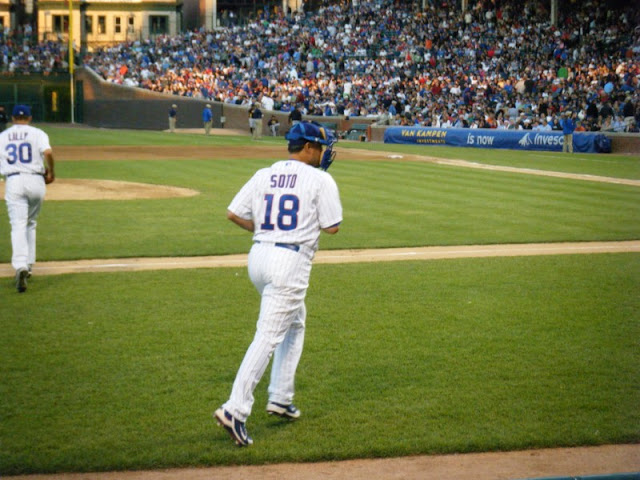 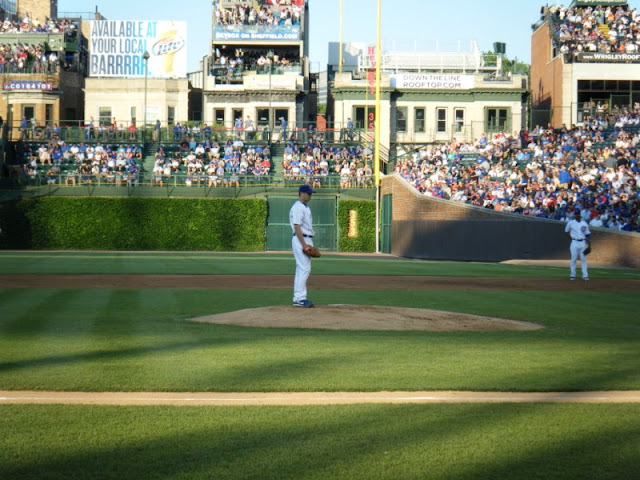 In the end, everything worked out perfect. For two bad teams there was a fair amount of action, Alfonso Soriano hit 2 home runs, Mike & Mike from ESPN sang "Take Me Out To The Ball Game" during the 7th inning stretch, and the Cubs won, with (Ted) Lilly picking up the win. 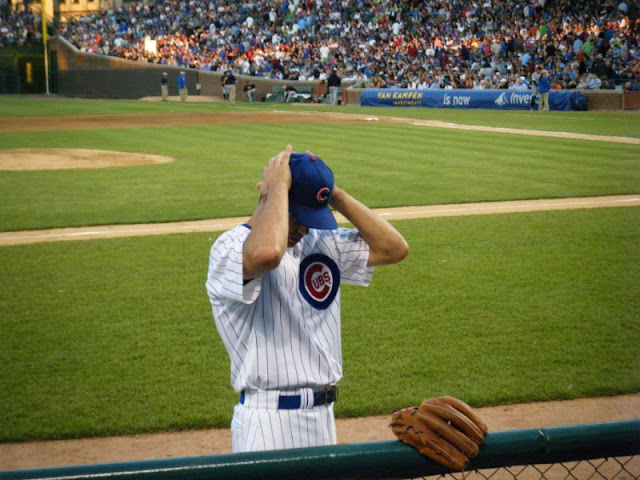 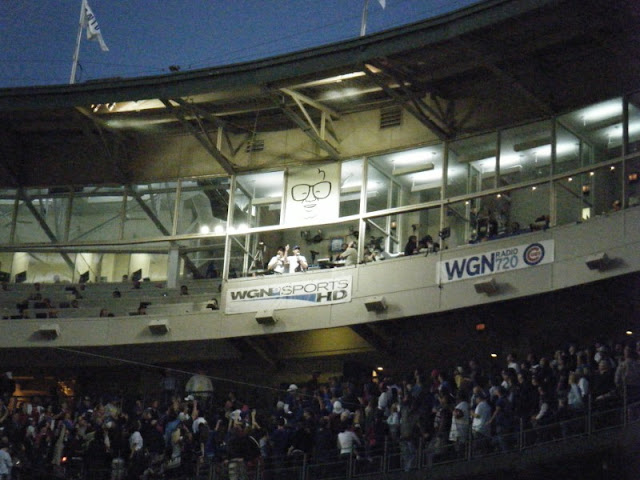 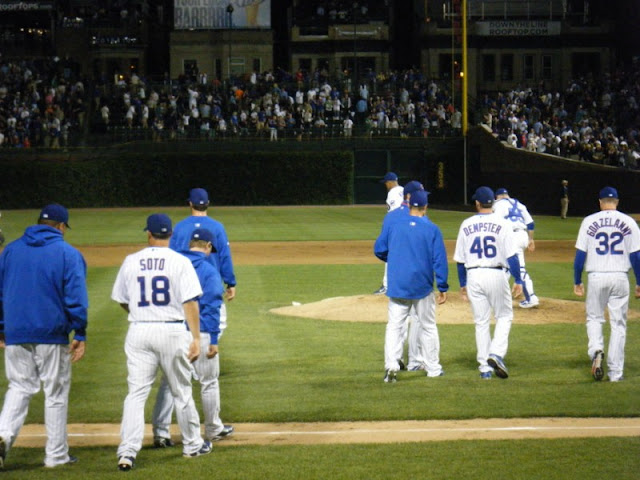 After the game we hit the GingerMan for a nightcap, where tried my first Old Style for which I will reserve comment on out of respect, and then headed back to the hotel.

This morning was a flight home to Philly on United and well I guess it's back to work (& reality) tomorrow, at least until the long 4th of July weekend!

Posted by Michael Agneta at 9:58 PM