After celebrating Mother's Day this morning (featuring Suzy-Jo Donuts) with K.C. & Lilly, I was able to steal a few hours this afternoon for some tenkara fishing.

I find tenkara pretty interesting because although it's new to the US, it's origins are centuries old.  It's exciting to see how some of that pent up knowledge is finally being brought to the fore by some great websites like Tenkara-Fisher.  That's where I learned (amongst many other things) that the Japanese equivalent for "skunked" is "bozu" or "bouz."  (more here)

So when this afternoon's outing started out pretty slowly, I was really feeling like I'd meet bouz for the first time in a while.  Luckily, once the I got my first about an hour and a half in, the floodgates opened. 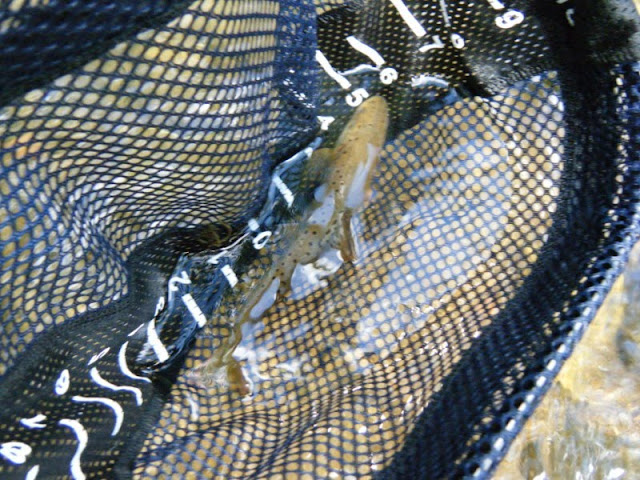 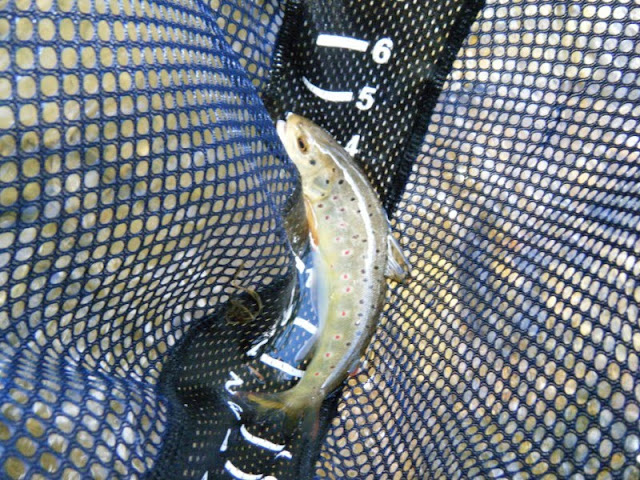 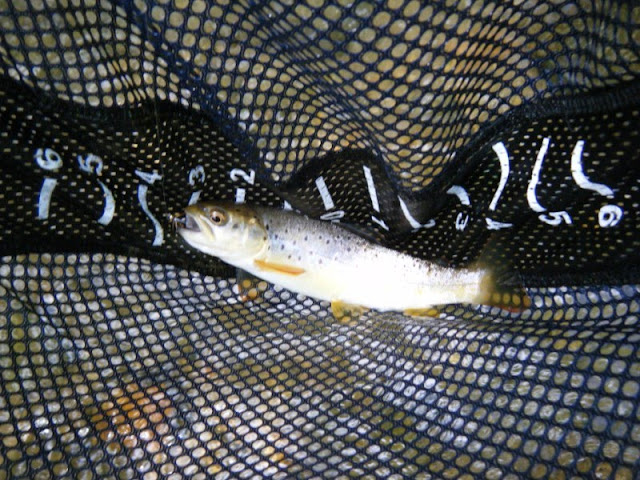 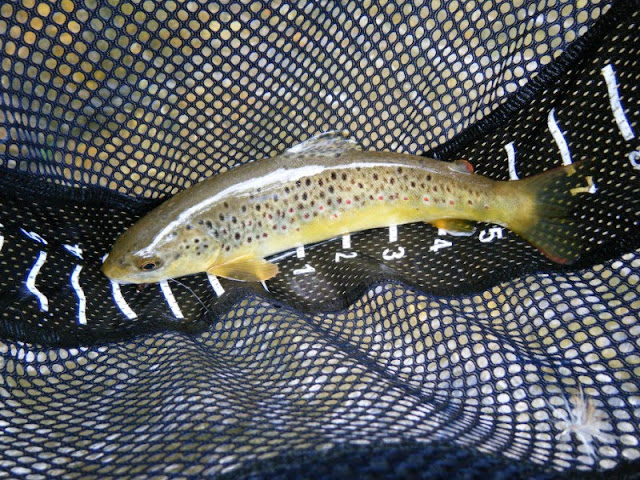 It was also the maiden voyage for my new measure net.  It's not the prettiest for picture taking, but it gets the job done, provides a quick size estimate, and allows me to release the fish without handling them.  All of today's trout were between 6-10".

After I collapsed my rod for the last time, I hung out for about 15 minutes watching a heron methodically stalk the bank for his dinner.  There was no trout-in-beak by the time I climbed the bank to head back to the car, but I'm sure he did not end up bouz either. 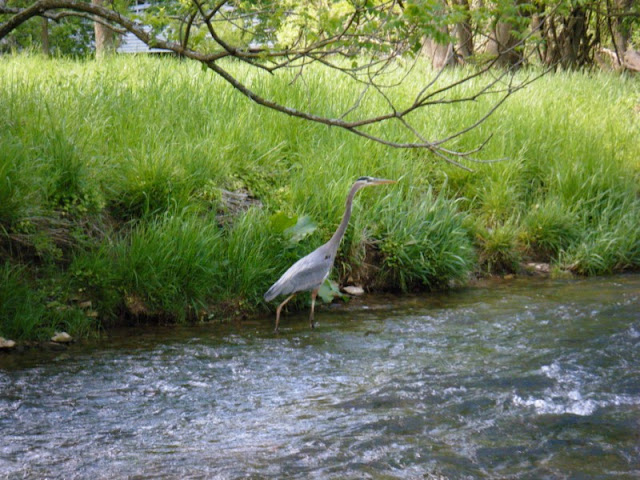