Was hoping to scratch my fishing itch this morning.  Haven't been out since New Year's Day and I decided I needed to go out despite the light drizzle and chilly temps. 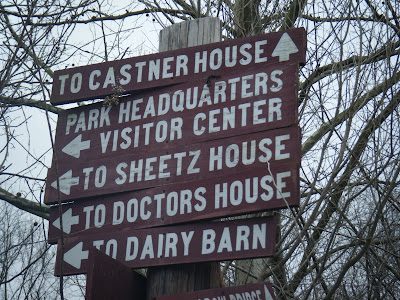 When I got to Stony Creek noticed that the water levels were down which would eliminate some of the nice "holes" that appear when the water is about a foot higher.  Saw these guys fishing the "unofficial" fly fishing area. 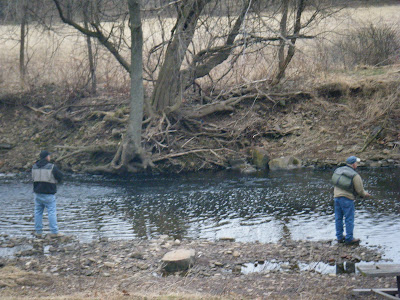 Stopped and chatted for a bit, neither were having any luck...  I should have took that as advice and ditched the Tenkara fly rod and grabbed my spinning tackle, (when the going is tough, why add the degree of difficulty?) but I suppose I'm a glutton for punishment.

All along Stony, fishing was slow.  Had a few follows, but absolutely no takers.  Talked to a few more anglers during my stroll further along the trails and nobody was doing better than I.  In fact had a nice little conversation with a guy who had traveled from Jersey to fish Stony this AM.  It was his first time so I pointed him toward some of the better holes, but I felt bad for the guy...I think he left out of disappointment shortly following our conversation. (He did take interest in my telescoping Tenkara rod though, think he was having issues maneuvering his 8 foot fly rod through the brush.

Decided to hike along Kepner Creek for a bit in a stretch I'm really not all that familiar with.  Came across these nice little step down pools and decided to fish them for a bit. 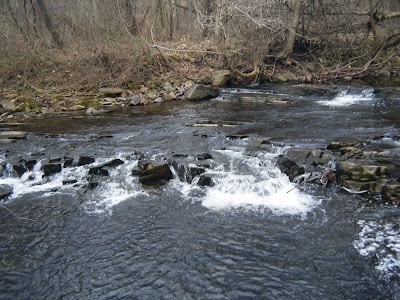 Nothing in the first pool, but my first cast into the second pool saw a brookie rise from the depths and go for my Wooly Bugger!

Unfortunately (as would be my luck today), I wasn't able to get a firm hookset and he kicked my hook.  Sure, it was a barbless hook, but I still chalk this one up to user error.  I've got an ok feel for a hookset on my Tenkara Iwana rod, but I'm admittedly not a pro yet.  Tried a couple more casts, but couldn't get him or any of his buddies to commit again.  They were wise to my game.  Here's a shot of the pool that little bastard of a trout calls home. 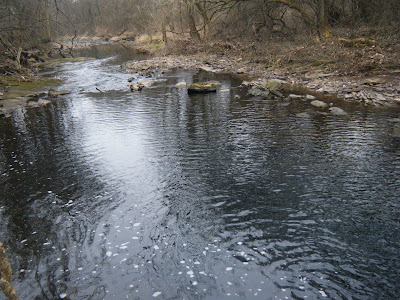 By this time it was getting late and I told K.C. I'd get home around lunch time to help her with Lilly (and some household chores).  Although it was nice to get out, it would have been a lot more satisfying if I could have brought that brookie to hand.  Instead, he swam off and all I grabbed were some pics of the scenery. 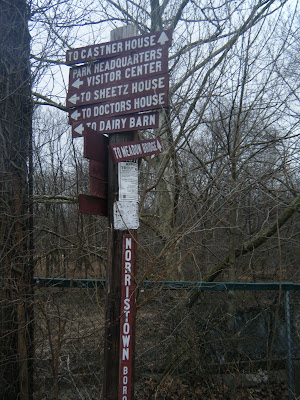 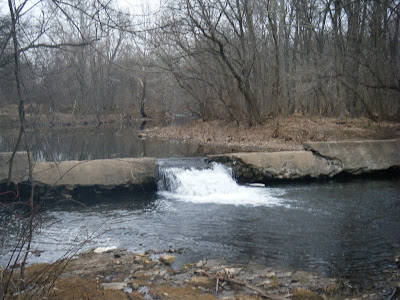 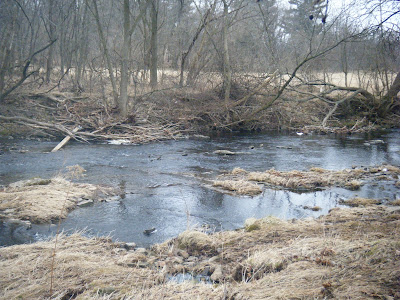 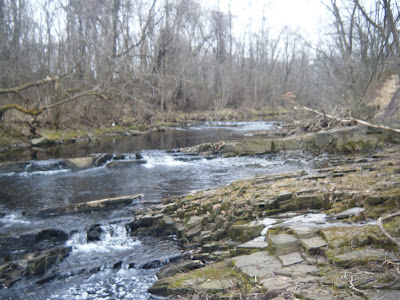