One of the reasons why I love fishing is that it allows me escape from the stresses of the daily grind. There's nothing like a slightly crisp morning, the sound of the stream through the riffles, and of course the squeal of the drag as a trout takes your lure. I relish that solitude, thus I usually fish by myself.

I'm also not one to keep my catch. I'm not against catch & keep by any means, it's just not what I do. 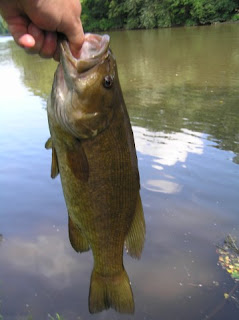 Taking photos of some of my catches for posterity's sake has also been a nice way to hold on to some of those memories. I really enjoy looking back at a previous outing's pictures and reliving some of those moments. My standard picture usually looks like this, a hand holding a fish before release. To be honest I don't mind that I'm not in the pictures (my presence would likely ruin them anyway).

Now, the natural progression from photos is video - which is leaving me a bit puzzled. I already own what I guess you'd call a "point-and-shoot" video camera - my Kodak Zi6 even shoots in 720p HD. There are functions on my normal cameras to capture video as well. But how can I effectively utilize them by myself on the water? A tripod seems a bit of a stretch. I could certainly take video after I bring the fish to hand, but that's essentially the same as a still photo. 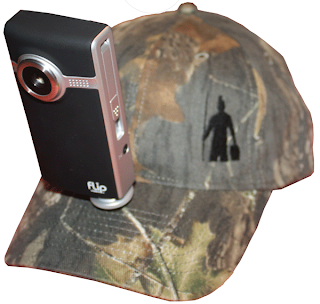 The best solution I could find so far is something called a Hatcam...which is basically a ball cap with a camera mount on the brim. Probably functional, but at the same time, kinda odd - and I wonder what that would feel like on your noggin? Here's a video from their website of the product in action:

So in summation, I guess the question I have is - any good ideas for capturing solo fishing video?
Posted by Michael Agneta at 10:42 PM