It was beautiful out today, upwards of 85 degrees. We had a community yard sale this morning (and did quite nicely might I add - K.C. sold a bunch of scrapbooking supplies and I said goodbye to my XBox), but didn't really have anything planned for the afternoon. After putting Lilly "The Potty Training Terror" down for her nap a little after 2, I decided to try Skippack Creek again, but this time with my fly rod. 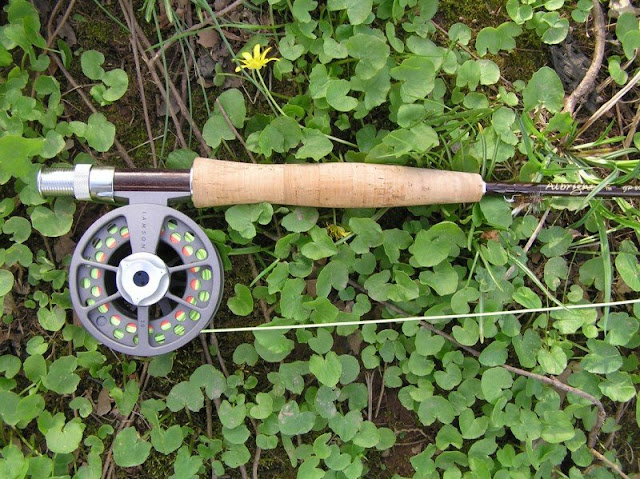 I'm a novice fly fisherman to say the least. My roll cast is more like a "stumble & fall" cast, but figured I'd give it a try. So hiked upstream quite a bit from the parking area, waded in, and started getting my cast on. Was having a really nice time getting the feel for the fly rod - until some interloper decided he needed to wade right through the pool I was fishing and set up camp right next to me. (Note: There were almost no other anglers the entire length of the creek - Gimme a break!) Anyway, enough about that DB...

Well several casts in, I caught my first fish. But it wasn't a trout, it was a pygmy, miniature, horizontally-challenged dink of a fish. Maybe I should call Guinness. I mean my rod barely bent while "fighting" this bruiser. And it didn't stop there; I caught his Smurf-like brother & sister too, but no trout. Oh well, at least something was hitting the fly I was tossing out. 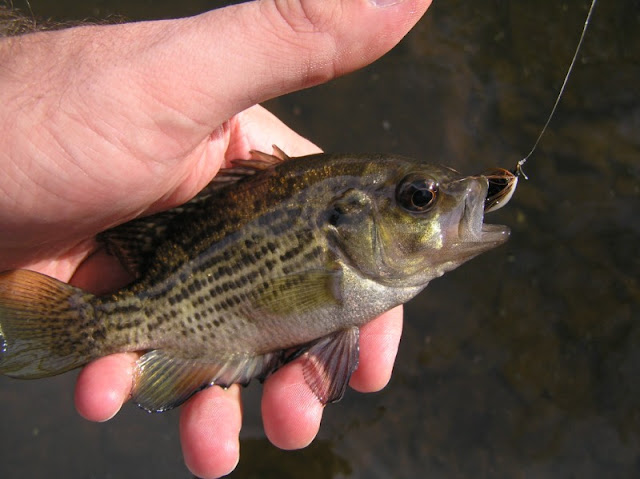 No matter how much you zoom in,
it still doesn't look very big...
(That's what she said)