he big day!!! After months of anticipation (we bought the tickets in May), Playhouse Disney Live! presents Mickey Mouse Clubhouse finally made it to Philadelphia. And guess what lucky girl got to go...no, not Grandmom (although she went too)...Lilly, of course!

For anybody that has ever been to one of these before - God Bless You! Seriously though, it wasn't too bad. There were only about 3 or 4,000 people there, and most of the kids were really 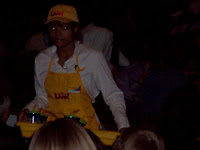 well behaved. Didn't see that one coming! Besides the over-the-top, lip synched performances out of Mickey, Pooh Bear, Handy Manny & Friends, the thing I found the most humorous was the stadium "beer guys" walking around with trays of Sippy Cups instead of cold Coors Light. Pretty funny stuff. I tried to snap a photo, but the indoor lighting did not make it easy.

I guess what was most important was that Lilly had a great time. She followed along and sang all of the songs, including the timeless "Tweet Tweet, Ribbit Ribbit, Buzz Buzz, Woooooo!" extremely well, danced, cheered, and of course would not leave the arena without an overpriced trinket. $20 for a Little Einsteins Magic Wand (aka Flashlight) though? I guess a small price to pay to see a BIG smile. 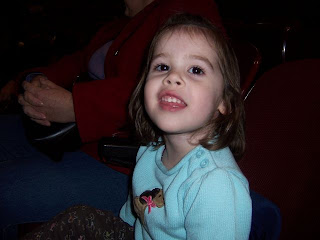