This has nothing to do with Fishing, Lilly, or even sports. This just has to do with about an hour of my life that K.C. & I will never get back. So we were flipping through the TV channels this afternoon and on one of the random channels in the 100s that we never watch, stumbled upon a gem of a 90's film called "Lambada." Here's the intense trailer. 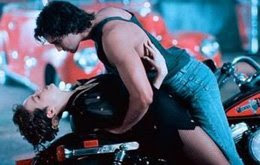 So for all of you who don't remember the Lambada, it was some cheezy (supposed to be forbiddenly sexy) dance back in the day. What that has to do with some math teacher teaching inner-city high school kids geometry, I have no idea.

The main character was a Math teacher by day/Lambada dancer by night moron named Mr. Laird. However in the lambada circles was known as 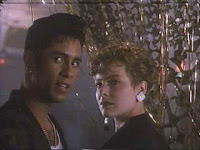 "Blade." Shabba Doo (can I possibly make that name up?) put in a top notch performance as Ramon - the stereotypical kid from the wrong side of the tracks who turns his life around. Believe it or not, "Jan" from "The Office" was in it as some sort of school student/lambada dancer/jailbait for her teacher character. Bet you won't find this listed on any of her film credits.

caught the back half of the movie, so all of the carefully crafted plot lines were a bit blurry to the both of us...but I'll tell you what wasn't - the style. Jan was rockin' spandex & leather, and several choice short hair-dos. All of the guys had the prerequisite full fledged Swayze-Manes. I'd try to rehash the rest of the storyline, but I'm still scratching my head trying to put 2+2 together (evidently Blade was not my math teacher). In the end though, Blade's kid's defeated the rich prep-school kids in a Math throwdown to save his job, and lambada dancing quickly ensued in the streets. Awesome.

Oh, and if by any chance anybody reading this actually did see this movie before, I've got one final image for you. Yeah, you know what it means... 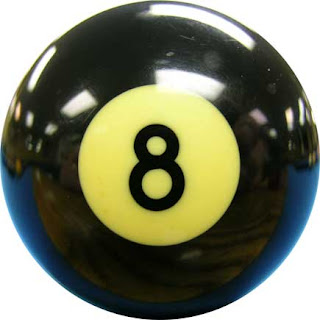 Posted by Michael Agneta at 9:20 PM