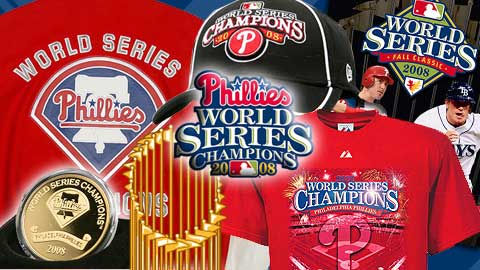 I'm 31 years old. The last time a Philly team won a title was 1983 when I was 6. Yes, I was alive, but definitely more interested in Smurfs and Star Wars than the 76ers.

Between the Flyers running into the Gretzky-Messier-Coffey Oilers dynasty in the late 80's, Joe Carter's walk off HR in '93, the 76ers getting wrecked by Shaq & Kobe in 5 games, and too many painful NFC title game losses (not to mention a lack of awareness that there were only 5 minutes left in the Super Bowl) out of the 'Birds, I figured Philadelphia was just snakebitten. Then out of the blue, 2008...the Phillies...WTF?!?

Well the demons are gone. FINALLY! I'm so happy, I don't even know how to handle this. As a die-hard sports fan, it's easily the 3rd best day of my life. #1 & 2 - Birth of my daughter & Wedding Day. Perhaps if I catch a monster trout the size of my arm (someday) that will jump up on the list, but until then...