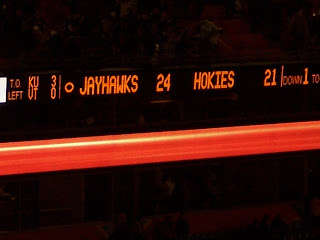 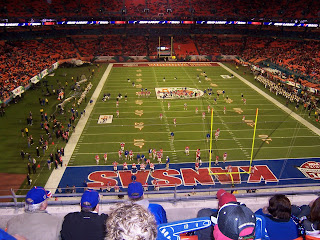 me and after navigating through the sea of tailgaters, we found we had excellent seats in the KU student/alumni section in the 400 level behind the KU end zone. The game was technically sold out, but I suppose either the cold or excessive pre-game drinking kept some fans away, as there were some empty seats around us. Despite the chilly & rain 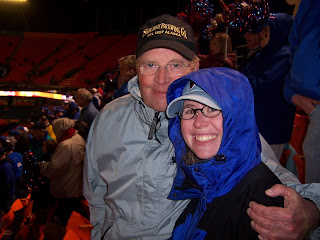 y conditions, the game was great - a lot of action (with the exception of the 3rd quarter), some great trick plays including a fake punt and a reverse on a punt return which lead to a VT touchdown. I will say there was far too much ZZ Top during halftime (who knew they were still around?). But in the end the desired outcome, a Kansas victory took place, and all were happy in KU Blue. In all it was a ton of fun and we all had a good time.

Click HERE check out some of the photos I took from the game.